Solbach, Wong to Lead Drillers to Within One Win of Title 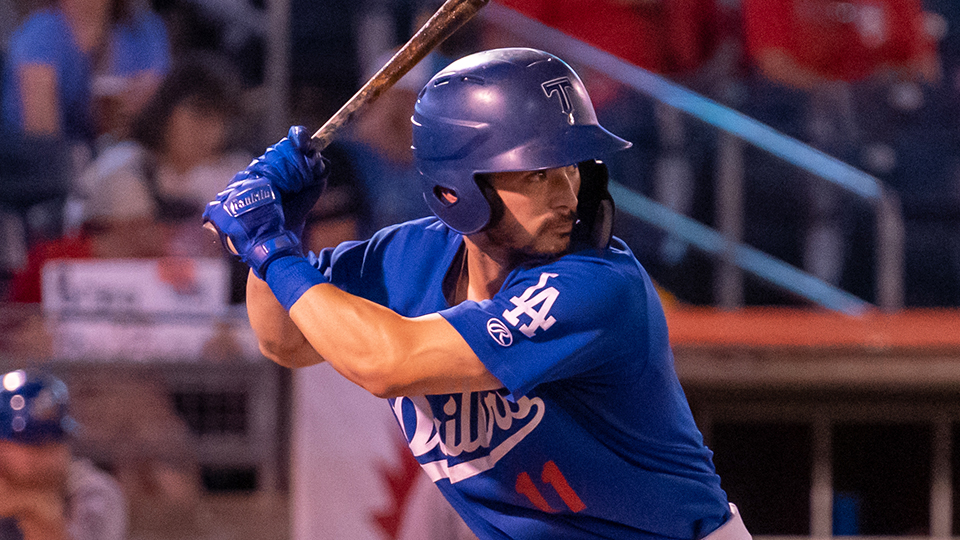 TULSA - After Tulsa and Amarillo combined to score a total of 46 runs in the first two games of the Texas League Championship Series, a pitching duel broke out in Game 3 Friday night at ONEOK Field. Markus Solbach got the start on the mound for the Drillers and turned in one of the best pitching outings of the season. Solbach's outdueled Amarillo's Kyle Lloyd with eight shutout innings, and Connor Wong delivered another big hit as the Drillers blanked the Sod Poodles 2-0.

The win gives the Drillers a two games to one lead in the best-of-five series. Tulsa is now one win away from claiming its second straight Texas League title. A win in either Saturday night's Game 4 or Sunday's Game 5 would give Tulsa the crown. Amarillo must win both games to win the championship. The Drillers have never won a championship on their home field. The franchise's previous four titles were all clinched away from Tulsa.

Solbach was brilliant in Friday's outing. There were very few times when Amarillo threatened. One came in the top of the first inning when with one out, Ivan Castillo hit a double and advanced to third on an error. Castillo was left stranded 90 feet away from scoring the game's first run after Solbach got a fly out and a groundout.

Another chance came with two outs in the top of the sixth when back-to-back singles put a runner in scoring position. But after a brief mound visit by pitching coach Dave Borkowski, Solbach got Edward Olivares to ground out, ending that threat.

Solbach went on to set down the final six men he faced. He allowed only four hits while recording six strikeouts over eight scoreless innings.

Amarillo starting pitcher Kyle Lloyd had allowed only a pair of singles to Donovan Casey through the first five innings, matching Solbach's effort. After recording two quick outs in the bottom of the sixth, it looked as if Lloyd would complete another scoreless inning. But, Jeter Downs lined a base hit up the middle on the first pitch of his at-bat.

With Connor Wong batting, Downs broke for second in an attempt to steal, but Lloyd uncorked a pitch to the backstop. As a result, Downs kept running and just beat the tag while sliding safely into third. On the next pitch, Wong crushed a towering home run that landed in the Busch Terrace in left field, giving Tulsa a 2-0 lead.

Nolan Long came out of the Drillers bullpen in the top of the ninth tasked with recording the final three outs. After a strikeout and groundout, the right-hander issued a four-pitch walk and a single to put Poodles on first and second, bringing the potential go-ahead run to the plate.

With the ONEOK Field crowd on its feet, Long came through. He got Luis Torrens to pop up to second baseman Omar Estevez, ending the game and giving the Drillers the shutout win.

*Solbach surrendered only four hits over his eight dominant innings, the least amount of hits allowed by a Tulsa pitcher in any eight-inning start this season. J.D. Martin (6 hits on June 30), Justin De Fratus (10 hits on July 12) and Parker Curry (5 hits on August 1) were the three other pitchers to have pitched eight innings in a game this season.

*The Drillers recorded only four hits on Friday night, less than half the amount of home runs they hit in Game 2 on Wednesday.