2017 C's Pearson and Adams Get the Call to New Hampshire 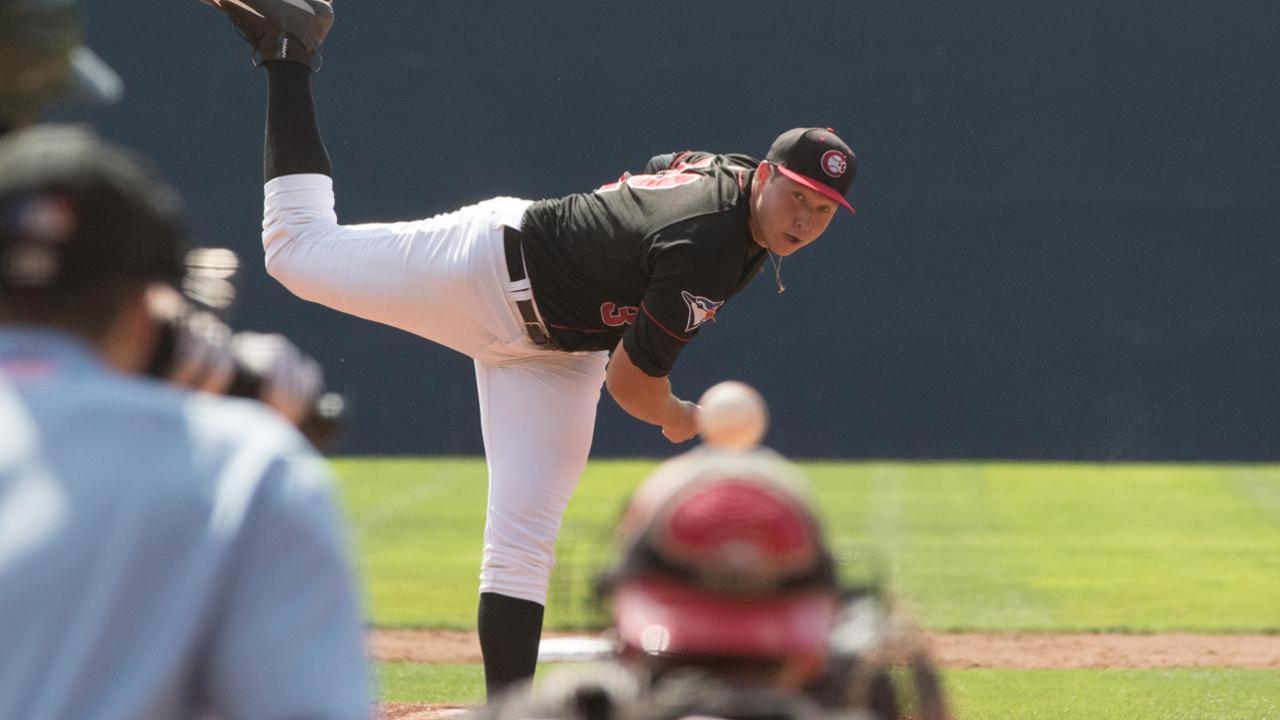 In the past week, two standouts from the 2017 Vancouver Canadians in top pitching prospect Nate Pearson and catcher Riley Adams have moved up the rankings of the Toronto Blue Jays organization from Advanced Single-A Dunedin to the Double-A New Hampshire Fisher Cats. The two of them put up tremendous numbers in the month of April for the Dunedin Blue Jays.

Pearson, the Blue Jays top-pitching prospect went 3-0 with a minuscule 0.86 ERA in six games. The big right-hander threw 21 innings, allowed two runs, walked just three batters and struck out 35. 49% of batters struck out against 'Big Nate". On April 25th, he struck out 10 batters in a game, setting a new career-high. Drafted in the first round, 28th overall in 2017, Pearson is also the 72nd ranked prospect in all of baseball according to MLB.com.

In 19 games for Dunedin, Adams hit .277 with three doubles, three home runs and 12 RBIs. An All-Star in the Northwest League in 2017 and the Florida State League in 2018, Riley has been huge for Pearson behind the plate as he's been his catcher since they played together with the C's in 2017. The Blue Jays third round pick from the 2017 MLB Player draft, Adams is currently the 30th ranked prospect in the organization.

They will join teammates from the 2017 Canadians team in first baseman Kacy Clemens, outfielder Brock Lundquist and pitcher Zach Logue.

Adams and Pearson were a huge part of the Vancouver Canadians team that won the Northwest League Championship in 2017.

On Tuesday, May 7th, in his first start for the Fisher Cats, Pearson continued right where he left off as he threw five shutout innings, striking out eight batters. Between Advanced-A and Double-A, his ERA in 2019 is 0.69.