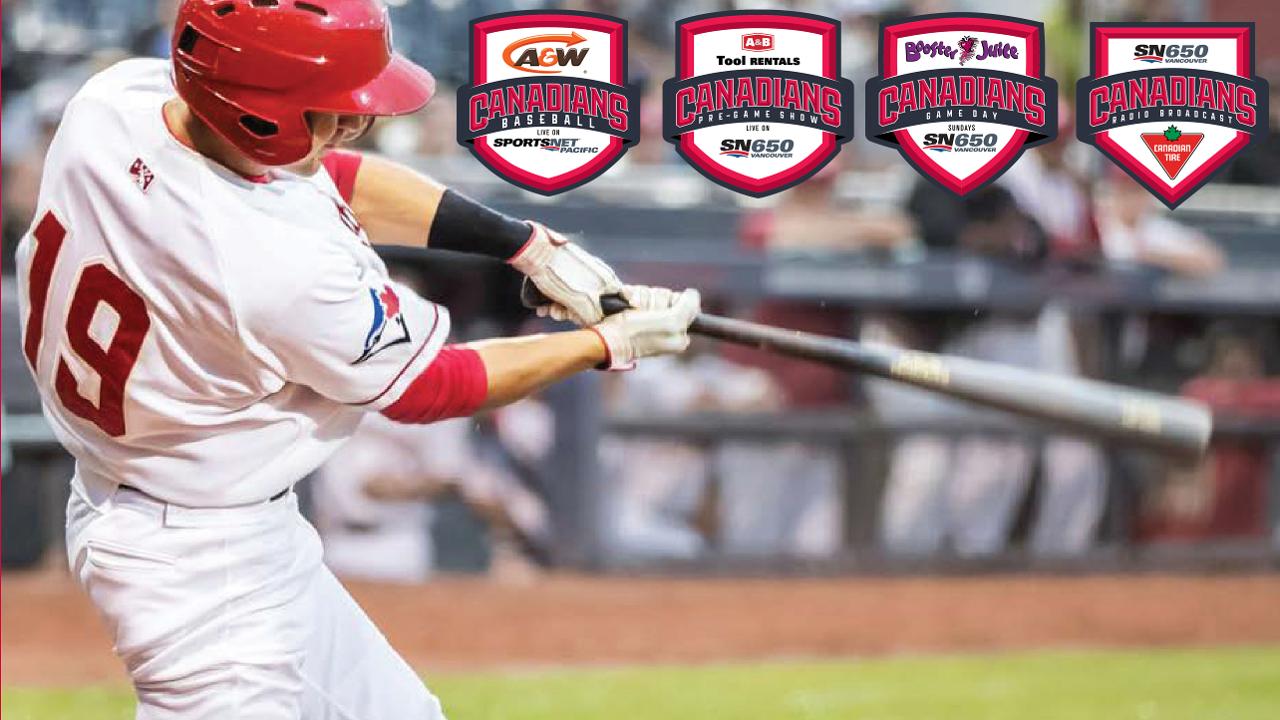 The Vancouver Canadians secured its most extensive coverage in franchise history this off-season with an unprecedented broadcast package sure to keep fans in the action all season long. From pre-game and weekly shows to coverage on both radio and national television, Vancouver Canadians Baseball has turned the corner in 2019 and we can't wait to showcase the future of the Toronto Blue Jays with new broadcast partners Sportsnet 650 and Sportsnet Pacific.

For the first time in franchise history, Canadians Baseball will be seen coast-to-coast with six (6) nationally televised games bringing our team across the country. A&W Vancouver Canadians Baseball will showcase the sights and sounds of historic Scotiabank Field at Nat Bailey Stadium with the following dates set for broadcast:

"The Canadians hold a special place in the hearts of Vancouverites and we're so excited to help bring these future Blue Jays stars to viewers across the country," states Amanda Wang, Manager, National Sales Promotions, A&W Food Services of Canada Inc.

Canadians Baseball will have blanket coverage on the radio this season as Sportsnet 650 airs 72 of the 76 regular season dates with longtime broadcaster Rob Fai returning for his 13th season behind the microphone. Canadians Baseball presented by Canadian Tire will give fans more access to our 'Boys of Summer' than ever before.

"I think it goes without saying that the Toronto Blue Jays have been very kind to us here in Vancouver when it comes to providing us with Championship calibre players over the years. To be able to tell their stories on a consistent basis with Sportsnet 650 and do so alongside Canadian Tire is something we are all very proud of," states Fai who is back behind the microphone for his 13th straight season in Vancouver.

Note: Dates excluded from Sportsnet 650 coverage include June 21 and August 23 through August 25. All 76 games can be heard live on-line at www.canadiansbaseball.com

As you're heading out to historic Scotiabank Field this coming season, listen live to the 30-minute A&B Tool Rentals Pre-Game Show during select weekend dates this season. Host Rob Fai gets you up-to-speed with all the news of the day in advance of the game itself including interviews, key match-ups and more. The A&B Tool Rentals Pre-Game Show is heard in advance of weekend broadcasts only with Saturday night shows starting at 6:30pm and Sunday afternoon shows starting at 12:30pm*. Note: *Sunday start times can fluctuate due to occasional road start times - please see schedule for road start times - broadcast will start 30-minutes in advance of first pitch.

"We've had a tremendous run of great guests over the years from Justin Morneau, Roberto Alomar and Carlos Delgado right through to our own players like Noah Syndergaard, Marcus Stroman and many others," says host Rob Fai. "If you're a C's fan, this show is designed to get you completely set up for that day's broadcast."

Back for it's 11th season, Vancouver Canadians Game Day powered by Booster Juice continues to bring fans a weekly baseball show heard exclusively on Sportsnet 650 with hosts Rob Fai and Caroline Frolic. From Blue Jays and Mariners chatter to the hot topics of the week and everything 'Canadians', fans can get their weekly baseball-fix every Sunday from 11:00am through 12:00noon. With special guests, up-to-the-minute scores and news flashes- Vancouver Canadians Game Day remains a weekend staple for both hardcore and casual baseball fans.