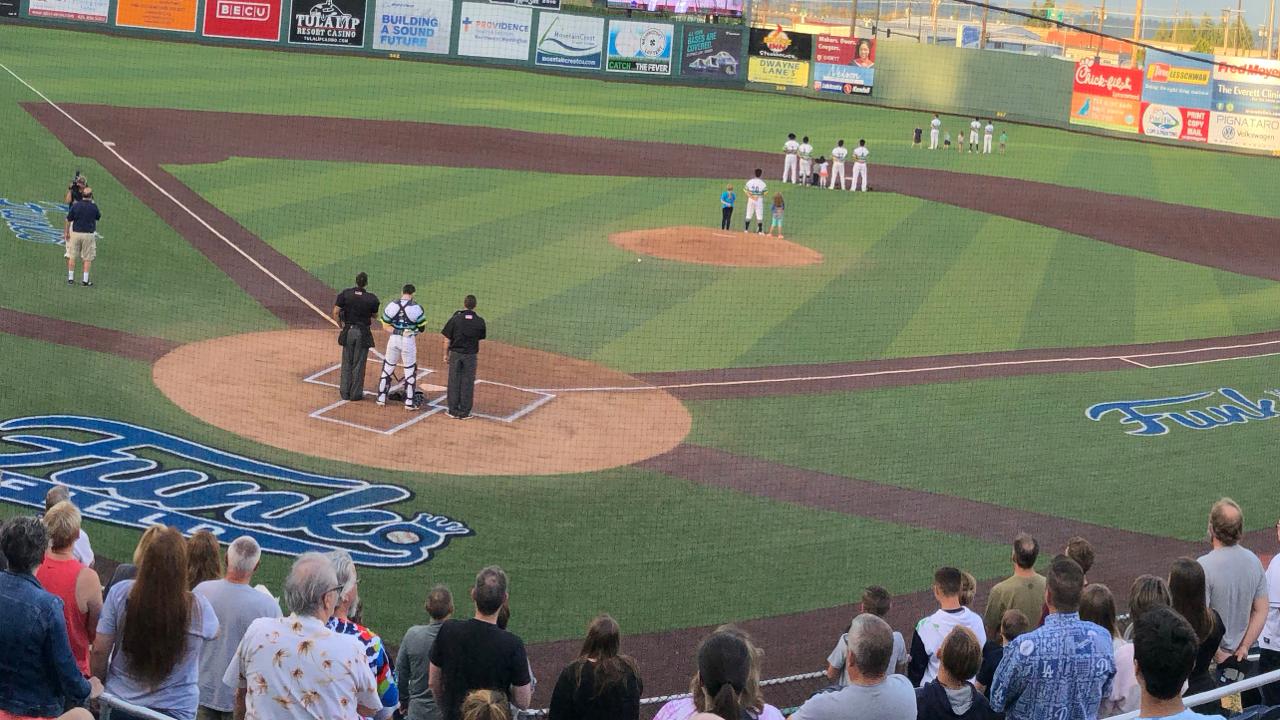 Everett, WA -- Luis Quinones struggled in his final outing of the summer allowing a season-high six earned runs over his 2 1/3 innings as Everett scored early and often on route to a 11-3 victory over Vancouver on Sunday afternoon. The loss was the Canadians fourth straight since being ousted from the North Division playoff picture.

Trailing by three in the top of the second inning, Vancouver managed a pair of runs on a single from Luis De Los Santos as he scored both Spencer Horwitz (single) and Ryan Sloniger (double) to cut the early deficit to just one.

Everett would score the next seven runs with Utah Jones hitting his second home run of the summer of Nick Fraze who went 3 2/3 innings of one-run baseball lowering his ERA on the season to 2.12.

For the second straight appearance Mike Pascoe was unable to record an out as the right-hander allowed three runs in the bottom of the seventh before giving way to Grayson Huffman.

Trevor Schwecke hit his second home run of the season, a solo shot in the top of the eighth inning off Travis Kuhn.

The Canadians wrap-up the regular season schedule on Monday, September 2 at 4:05pm out at Funko Field. the game can be heard in its entirety at Sportsnet 650.