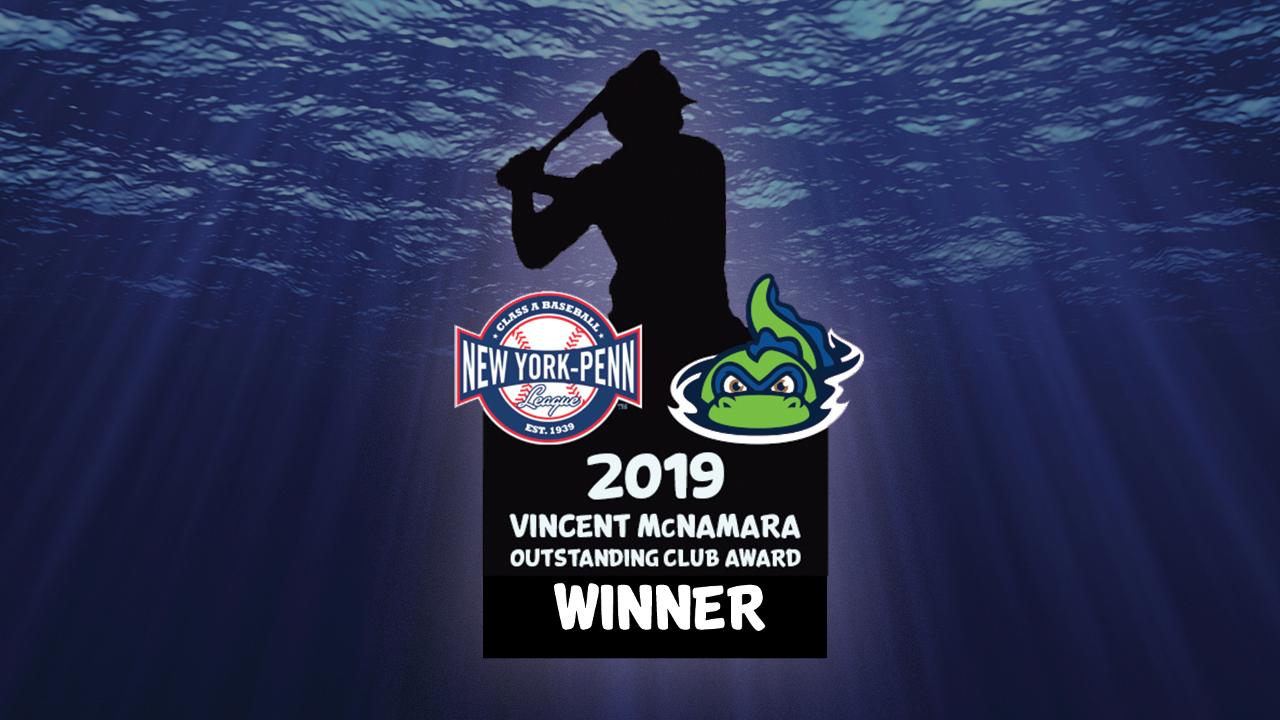 BURLINGTON, VT --- The Vermont Lake Monsters are excited to announce that they have won the Vincent McNamara Outstanding Club Award, presented annually to a team in the New York-Penn League that best exemplifies the exceptional standards of the complete baseball franchise, including the following areas: contributions to the baseball industry, contributions to the community, long-term franchise stability, financial success of the operation, and the promotion of the baseball industry.

"Each General Manager in the New York-Penn League votes on the award winners, so the Lake Monsters were selected by other GMs in the league," says Vermont Lake Monsters General Manager Joe Doud. "It is a tremendous honor to know that the other teams think so highly of us. This award means a lot to our organization and is a testament to all the hard work everyone puts in throughout the year."

The Lake Monsters kick off the 2020 season at home on June 18th.