Patch to be featured on uniforms throughout the 2016 season 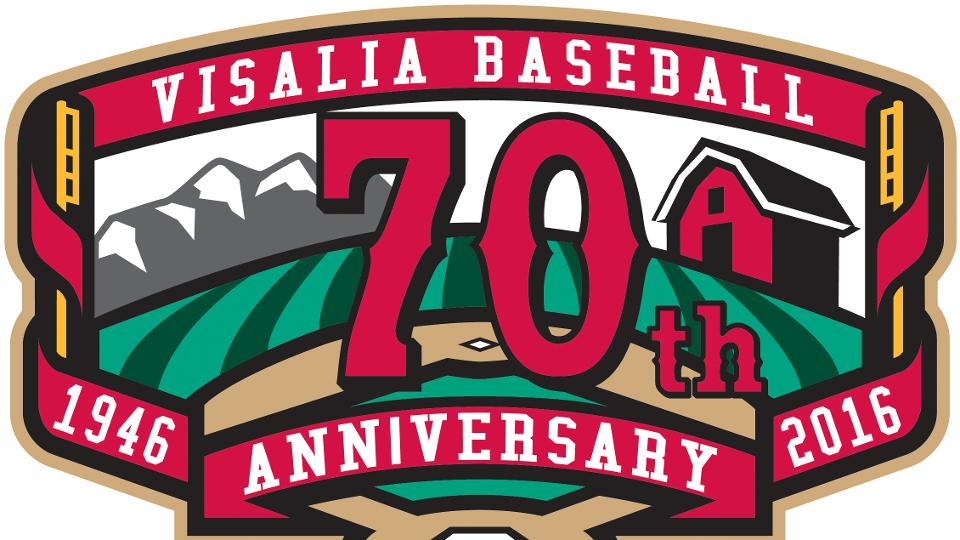 VISALIA-The Visalia Rawhide are celebrating the franchise's 70th Anniversary in 2016, and unveiled a commemorative logo to mark the occasion today.

The logo will be featured on a patch on Rawhide uniforms this season, and will also be used on various promotional material.

With Recreation Ballpark's iconic right-field barn and the Sierra-Nevada Mountains (visible beyond left field), the mark celebrates two of the distinctive visual features that fans have grown to love about the club's historic home. The club has always played at the corner of Goshen and Giddings, and has enjoyed the 8th-longest tenure at the same ballpark of all current Minor League teams.

The barn, and the alternating lines in the field's green grass, also symbolize the area's rich agricultural heritage.

The logo is highlighted in Rawhide Red, representing the club's present and future.

"We're so proud of this club's tradition, and we're excited about its future," Rawhide General Manager Jennifer Pendergraft said. "This logo encapsulates the best of our franchise's heritage, and the anticipation of what's to come."

The Rawhide begin their 70th Anniversary season on April 7th, with the home opener on Thursday, April 14th against Bakersfield.