Highlights include multiple weekend dates and a seven-game home stand 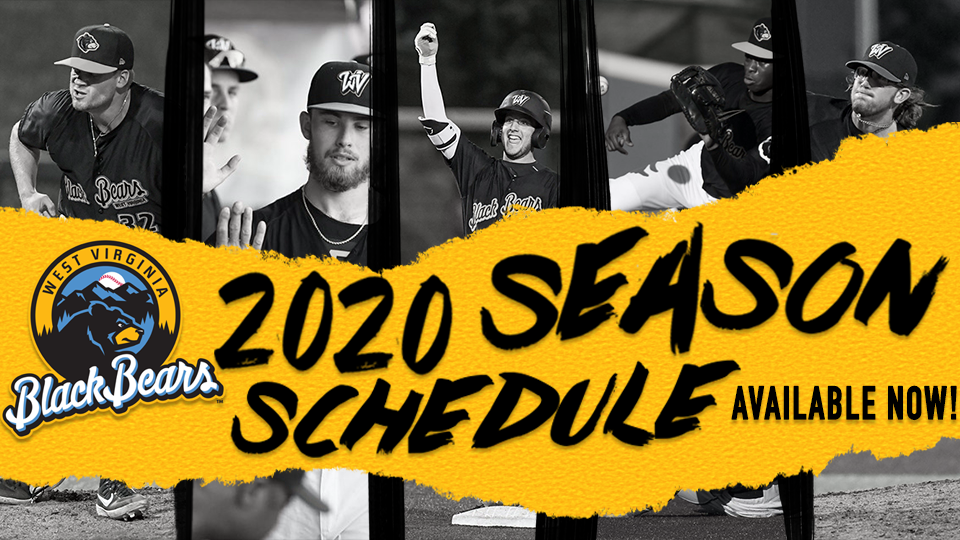 GRANVILLE, W.Va. - With the conclusion of another thrilling season of summer baseball, fans can begin preparing for more excitement in the coming year with the release of the West Virginia Black Bears' 2020 Season Schedule. The season begins in 283 days with the Black Bears home opener on Thursday, June 18 against the Mahoning Valley Scrappers, and it ends with a three-game series at Mahoning Valley on September 7. Season tickets for the 2020 season will go on public sale in late October.

Multiple weekend dates at Monongalia County Ballpark mean more Friday Night Fireworks and exciting Saturday night promotions! The 2020 season features five Friday night games, six Saturday evening matchups and five Sunday games - nearly half of all home games. The month of July holds three weekend series with three consecutive Saturdays at the ballpark at the end of the month. This comes as a welcome change to the 2019 schedule in which the Black Bears hosted just two Friday games with no Saturday dates in July.

Following the home opener, the Black Bears travel to Williamsport for a three-game series against the Crosscutters. For the first time since the inaugural season, West Virginia will make the eight-hour journey to Norwich, Connecticut, to take on the Tigers in one of eight non-division series. The Pinckey Division champion Batavia Muckdogs make appearances at Monongalia County Ballpark June 24-26 and July 25-27, and the Black Bears host the 2019 Wild Card winners, the Hudson Valley Renegades, July 31-August 2.

New changes to the 2020 New-York Penn League schedule include the introduction of four-game series. West Virginia hosts two of these series - one against the Aberdeen Ironbirds in July and the last home series in September against the Brookyln Cyclones.