West Virginia ends the season at Mahoning Valley with a loss 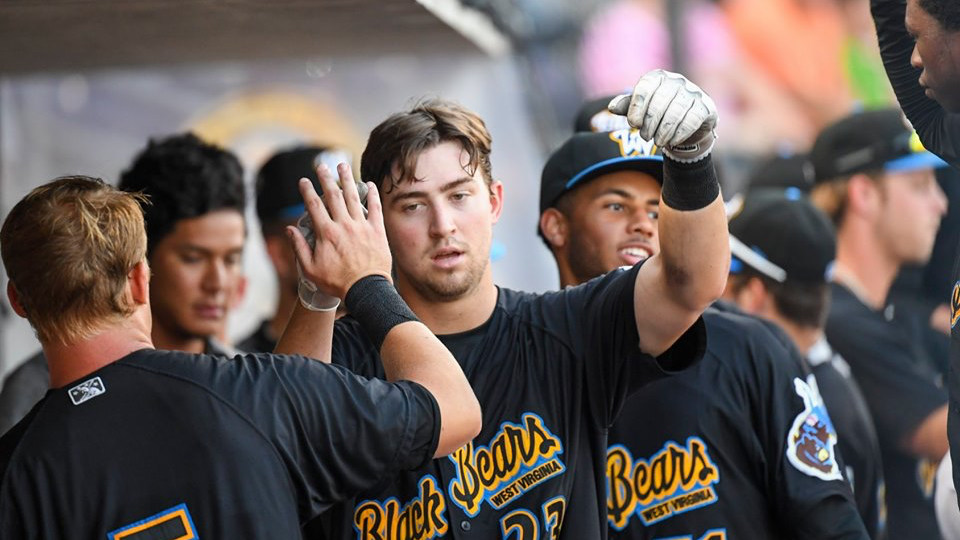 NILES, OHIO - After one of the most exciting seasons in five years of Black Bears baseball, West Virginia ended the 2019 season with a 2-0 loss at Mahoning Valley on Labor Day. Though they dropped the last game of the season, the Black Bears finished second in the Pinckney Division with a 40-36 record - the most wins for the organization in two years.

Leading into the game, Black Bears pushed for their first post-season berth since they won the New-York Penn League Championship in 2015. However, the loss to the Scrappers yielded the division title to the Batavia Muckdogs after their 7-0 win over Auburn on Monday.

In his first start of the season, RHP Francis Del Orbe held the Scrappers to two hits with five strikeouts over 3.2 innings. Del Orbe retired the entire Mahoning Valley order over the first three innings to keep the game knotted 0-0 going into the fourth.

LHP Denny Roman picked up his second loss after he allowed the Scrappers' only runs in the bottom of the sixth inning. After putting two men on base, a fly-ball double that dropped into right field plated both runners to give Mahoning Valley a 2-0 lead.

Over the course of the game, the Bears were unable to jumpstart their offense. In one of their least productive outings this season, West Virginia recorded only three hits in nine innings. 3B Dean Lockery - one of two Bears to have a hit in the game - was responsible for two of West Virginia's three hits with two singles, one in the third and one in the fifth innings. But the Black Bears could not gain any momentum against the Scrappers' bullpen and finished the game with no runs.

West Virginia completes its fifth season of baseball under first-year manager, Drew Saylor, who led the Black Bears on an incredible pennant chase through the month of August. With the 2019 season in the books, the West Virginia Black Bears finish with a winning record for the first time in two years.