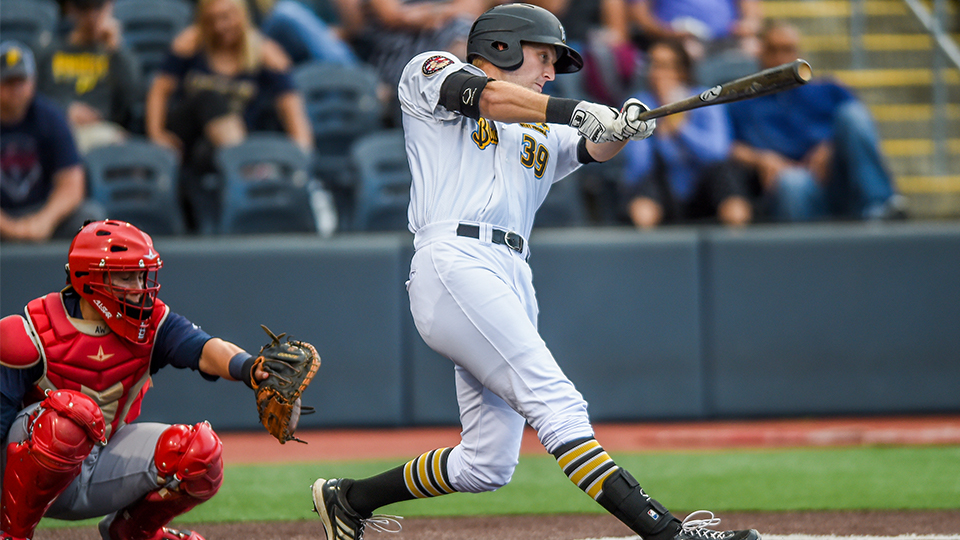 The win secures a series victory over the Spikes, but also marks the fourth straight win for West Virginia, bringing the team back to a .500 record on the young season.

The Spikes got on the board first inning on and RBI groundout, but the Black Bears evened the score quickly. CF Daniel Amaral crushed a towering homerun to left field to knot the game up at 1-1.

Not to be outdone by his teammate, 1B Luke Mangieri joined the homerun parade in the second inning. His solo shot into the right field bullpen gave West Virginia starter Aaron Shortridge an early lead to work with.

State College came back to tie the game in the fourth inning, as Shortridge was replaced by P Conner Loeprich with the bases loaded and one out. The reliever worked out of the jam, getting a strikeout and a groundout to end the inning.

The Black Bears climbed back on top in the bottom of the fourth inning, as C Zac Susi roped a single through the left side to give his team a 3-2 lead. 2B Raul Siri added an insurance run in the sixth inning with another RBI-single, as West Virginia looked to its bullpen to bring home a victory.

That's exactly what the Black Bears relievers did. After Loeprich exited the ballgame without giving up a run, P Shea Murray followed suit with a scoreless inning up his own in the bottom of the sixth.

The final three innings belonged to P Ryan Valdes . The 33rd round pick of the Pirates in 2017 completed a nine-out save by giving up only two hits, while striking out one batter and walking another.

West Virginia is back in action tomorrow night against the State College Spikes looking to complete the series sweep. First pitch is scheduled for 7:05 p.m.