The Black Bears post-season berth hinges on the final game 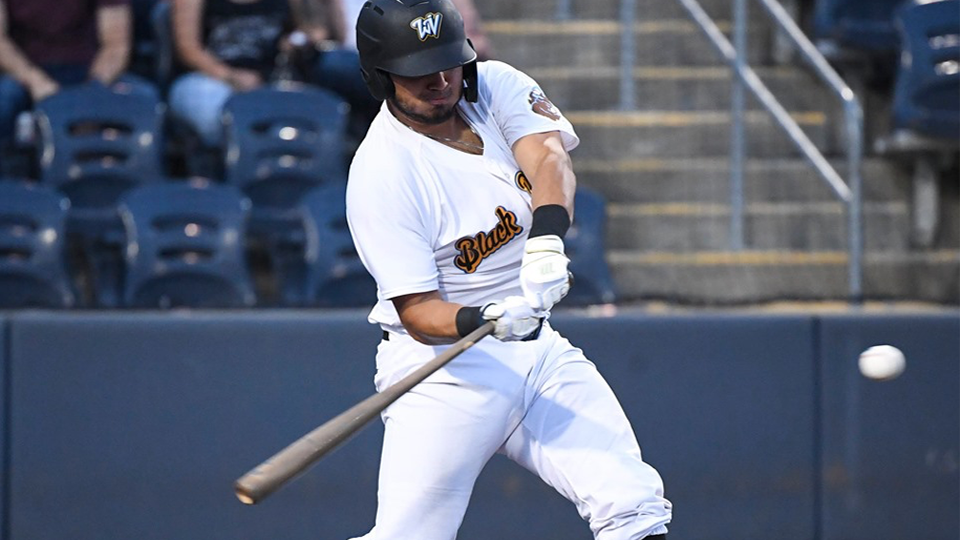 The loss to the Scrappers keeps the Black Bears tied with the Batavia Muckdogs for first place in the Pinckney Division, as the Muckdogs also lost to the Auburn Doubledays on Sunday. A win on Monday would clinch the division for the Black Bears regardless of a Batavia win, as they would also own the tiebreaker on division wins and losses.

After dropping the doubleheader on Saturday, Mahoning Valley struck first in the bottom of the third inning with a two-run homerun.

West Virginia attempted to rally its forces in the top of the fifth after a double from 2B Cory Wood put him in scoring position. 1B Will Matthiessen cut the Scrappers' lead to one run with a line drive to center field that brought home Wood and gave Matthiessen his fourth RBI in five games. The Bears entered the home half of the inning trailing 2-1.

Starting pitcher J.C. Flowers, who gave up the two-run homerun in the third inning, allowed no more runs after the third. Flowers ended the game with his second loss but held Mahoning Valley to three hits after five innings of work.

However, the Scrappers broke through the Black Bears' bullpen in the sixth inning. RHP Michael Flynn, in his first appearance since joining the team on rehab, allowed one run in the bottom of the inning to extend the Scrappers lead 3-1. A pitching change brought in LHP Trey McGough with one out. With the bases loaded, the Scrappers scored three more runs to jump in front of the Black Bears 6-1 going into the seventh inning.

The bottom of the seventh brought in an additional five runs for the Scrappers off McGough before both teams retreated to the dugouts for an extended rain delay. Forty minutes later and with no end to the storm in sight, the game was called, and the Black Bears dropped the second game of the series 11-1.

The rubber match for the series is scheduled for Monday, September 2, with first pitch set for 1:05 p.m. The series finale will also be the final game of the season for the Black Bears, as they look to improve their season record to 41 wins and aim for a post-season berth. For more information, visit www.westvirginiablackbears.com.