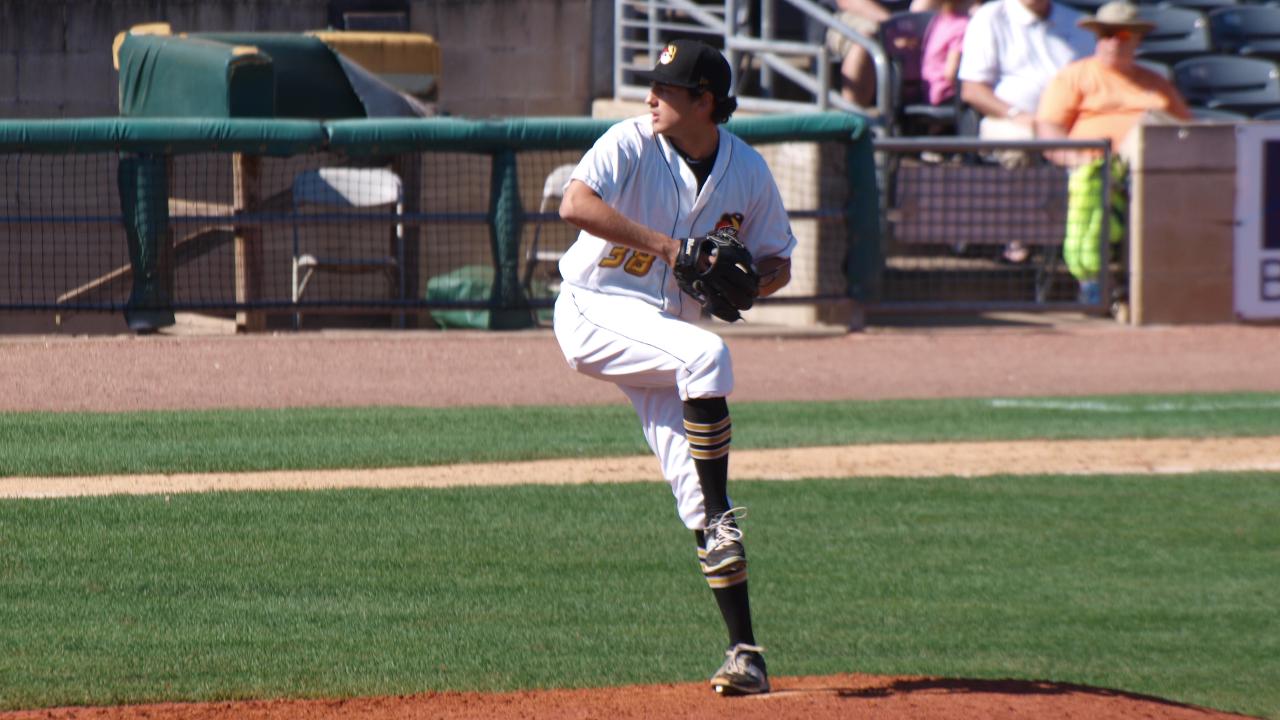 Daniel Zamora is the 73rd former Power player to debut in the big leagues. (Robin Black)

CHARLESTON, W.V. (August 18, 2018) - After being traded to the New York Mets in late January from the Pittsburgh Pirates for Josh Smoker, LHP Daniel Zamora was called up to the parent club Friday and made his MLB debut against the Philadelphia Phillies. The 25-year-old is the 73rd former Power player to play in the big leagues.

In his debut against the Phillies, Zamora entered in the sixth inning to relieve Noah Syndergaard with the Mets trailing 4-1. Zamora spun 1.1 innings and did not allow a hit while striking out two batters and walking one. However, the Mets did fall to the Phillies, 4-2.

A 40th-round selection in 2015 by Pittsburgh, Zamora found his way to Charleston, W.V., in 2016. Although his season was cut short due to an injury in mid-July, the SUNY Stony Brook product was a prominent part of the Power's bullpen, posting a 3-2 record with 3.46 ERA in 21 appearances along with one save. He hurled 39 innings and struck out 45 batters as opposed to 15 walks. He was also the co-recipient of the West Virginia Power Community Commitment Program award with Seth McGarry in 2016.

Zamora earned his first Mid-Season All-Star nod the following season with Advanced-A Bradenton, boasting a masterful 1.86 ERA over 37 games while collecting nine saves in 13 opportunities. The southpaw was then elevated to the Double-A level with the Altoona Curve for the final week of the season, where he made two appearances and did not cede a run.

Following the trade that sent him to the Mets for Smoker, Zamora picked up right where he left off in 2017, beginning the year with the Double-A Binghamton Rumble Ponies. The Loma Linda, Calif., native again turned in an All-Star-caliber campaign, putting together a 1-1 record with a 3.48 ERA in 40 games (one start) over 51.2 innings before his big league call-up Friday night. Over 114 career MiLB games, Zamora is 7-7 with a 2.80 ERA across 167.1 innings pitched. He has also accrued 202 strikeouts compared to 54 walks.

Zamora is the eighth former Power player to make his MLB debut in 2018, following right-handers Clay Holmes, Colten Brewer, Nick Kingham, Tanner Anderson and Alex McRae as well as outfielder Austin Meadows and infielder Kevin Newman, who debuted Thursday, August 16, for the Pittsburgh Pirates. For more information on all of the former Power players who have been in the Majors, visit www.wvpower.com.