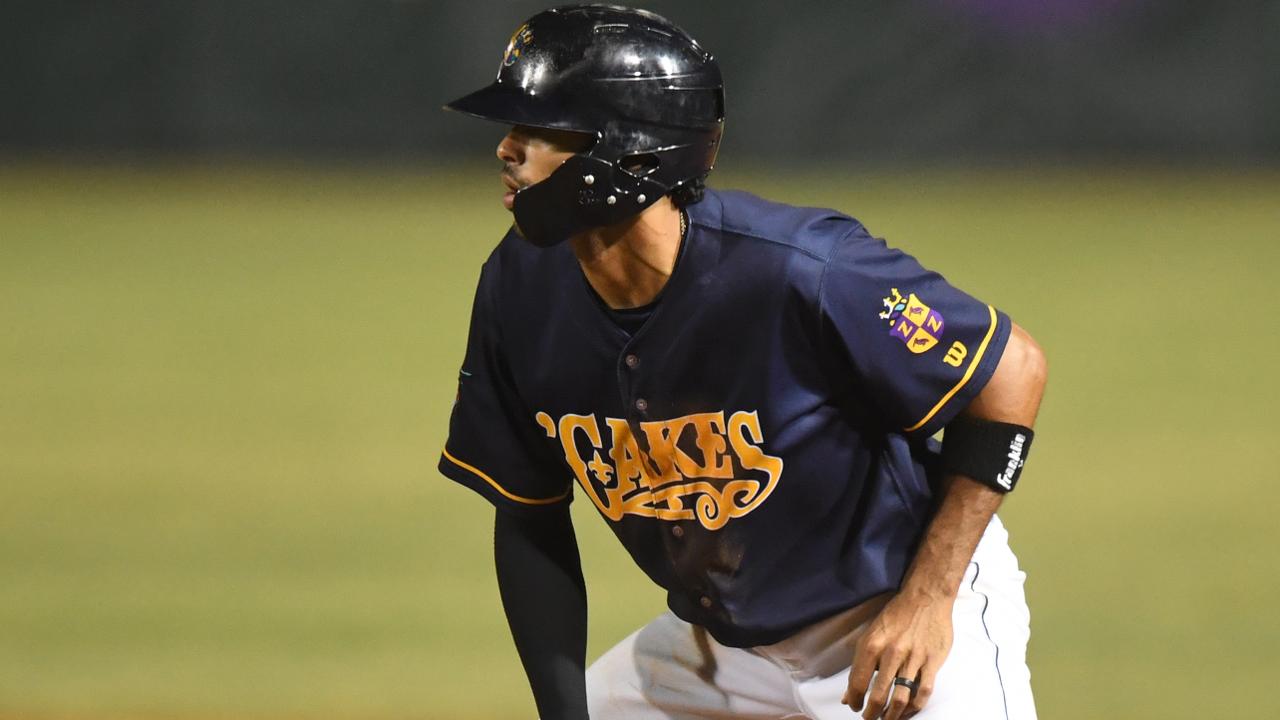 Flynn (4-2), who was named the Pacific Coast League's top left-handed pitcher while with New Orleans in 2013, struck out seven and walked one while limiting the 'Cakes to three hits in his return to the Shrine.

New Orleans was kept off the scoreboard until there was one out in the ninth inning, ending a streak of 24 innings without scoring a run.

After 'Cakes starter Joe Gunkel retired the game's first six batters in short order, Omaha collected three hits in the third inning to plate a pair of runs as Nick Heath got the Storm Chasers on the board with an RBI single, and Jecksson Flores laid down a safety squeeze.

Gunkel allowed three straight to reach in the fifth, only for Jesus Sanchez to throw out a runner at the plate on Erick Mejia's single, but Omaha stretched the lead to 3-0 an inning later on Elier Hernandez's two-out RBI single.

The deficit was still three runs with two outs and a runner at second in the seventh when Baby Cakes manager Keith Johnson allowed Gunkel to remain in the game, a decision which backfired when Erich Weiss drilled Gunkel's first offering over the right field fence.

Looking for his first-ever first five-game winning streak, Gunkel (6-2) took the loss by allowing five runs on 11 hits in 7 2/3 innings, the second-longest start of his career.

Staring down consecutive shutouts for the first time since the 2017 season finale and 2018 season opener, New Orleans finally broke through in the ninth when Rosell Herrera doubled and scored on Tyler Heineman's third single of the night. Heineman has hit safely in all 10 of his August starts behind the plate, batting .529 (18-for-34).

The 'Cakes loaded the bases with one out to put the tying run on deck and force Omaha to turn to Andres Machado, who retired the final two batters to pick up his third save.

New Orleans has lost three straight since reaching a season-high 13 games over .500.

The four-game set continues on Tuesday at 6:35 p.m.