Cutters Lose Last Away Game of 2019 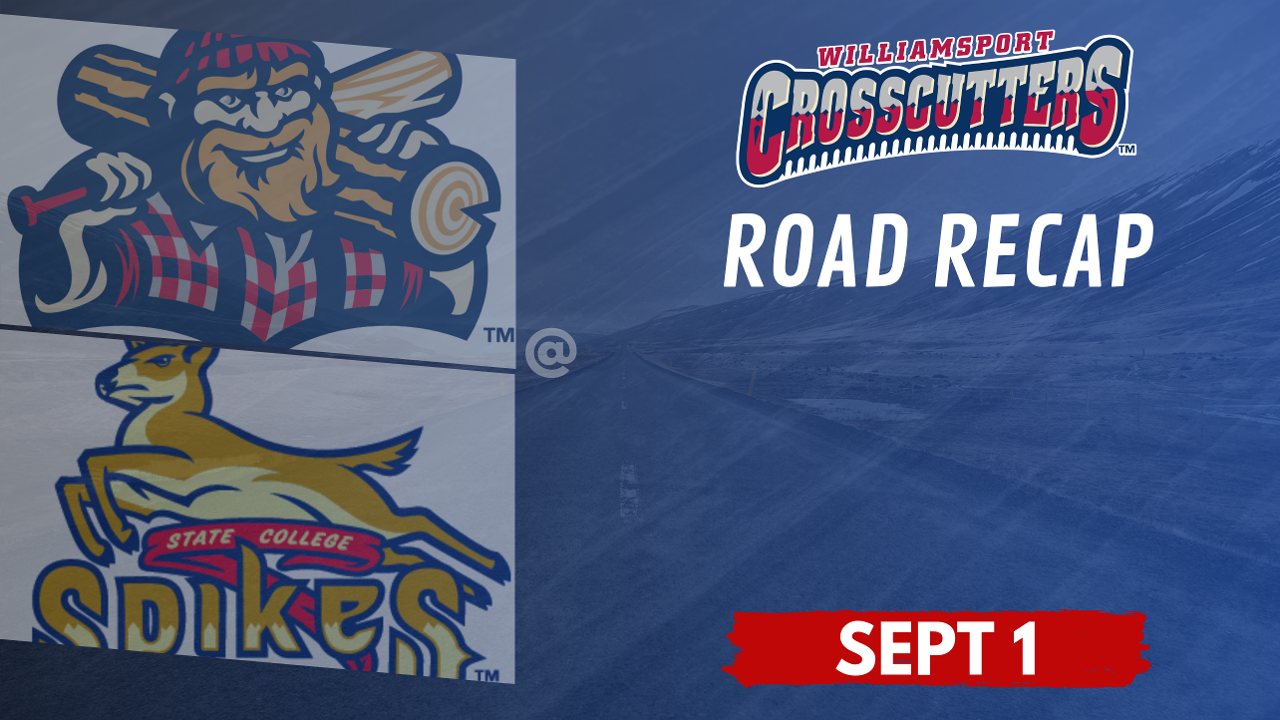 State College, Penn. - The Crosscutters lost their last road game of the season in an 11-1 decision at the State College Spikes on Sunday evening. Williamsport (32-43) was only trailing 5-1 in the eighth inning and had stranded 14 runners on base including leaving them loaded in the seventh and eighth but then the Spikes put the game away with six runs in the bottom of the eighth.

Mitch Edwards was 2-for-4 with a double and the team's lone run. His first career extra-base hit was a shot off the top of the 18.5-foot wall in right that would have been a home run at many other ballparks.

Johan Rojas banged out his league-leading sixth triple of the season and went 2-for-5. Corbin Williams added an RBI double.

Terry Fuller homered for the Spikes in the first and State College (39-36) pushed across four runs in the first three innings against Cutters starter Junior Tejada (L, 2-2). Stanley Espinal's two-run double in the third pushed the Spikes out to a 4-0 lead.

Brylie Ware had a sacrifice fly to right in the fourth against Jose Conopoima for a 5-0 lead. Johan Rojas almost fired out Liam Sabino at home on the play but the runner barely got his hand on the plate around the tag of Mitch Edwards.

The Cutters had back-to-back doubles from Edwards and Williams in the fifth for their lone run of the night. Williams was thrown out trying to stretch the hit to a triple.

Williamsport put two runners on in the sixth and had them loaded in the seventh and eighth but could not bring in any of them as Spikes relievers came through in the clutch. The eighth was the best chance with team-leading home run hitter Kendall Simmons just a grand-slam away from tying the game. He already had one grand slam against State College this season but on this occasion bounced out to third base as the Spikes worked out of the jam.

The Spikes' big rally in the eighth came via four hits and five walks while Jake Kinney and Alejandro Made struggled to stop the bleeding. The Spikes benefited from a pair of bases loaded walks while they sent 12 batters to the plate to put the game away.

RHP Leonel Aponte starts for the Cutters in the season finale at 1:05 p.m. at BB&T Ballpark on Fan Appreciation Day in the last game of the season.

- Johan Rojas leads two leagues in triples at the same time. His six triples in the NYPL are tops as are his five triples in the Gulf Coast League even though he was called up to Williamsport on July 19.

- Corbin Williams is still up by one for the league stolen base crown. Williams has 30 while Batavia's J.D. Orr has 29 with one game to play.