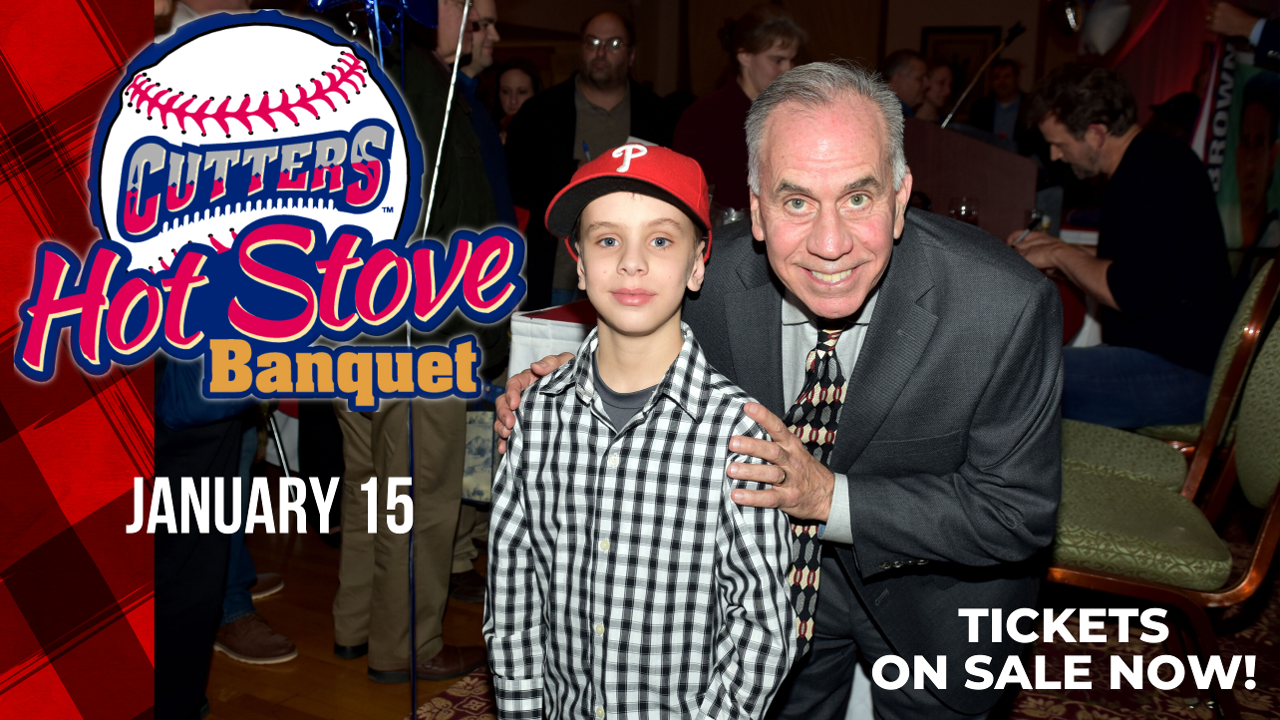 The Williamsport Crosscutters have announced their 14th Annual Hot Stove Banquet will be held on Wednesday, January 15 in the Grand Ballroom of the Genetti Hotel in Williamsport. The event is presented in part by Panda Patriot Power, River Valley Transit, WRAK 1400AM, and the Williamsport Sun-Gazette.

Guests at this year's event include ESPN Baseball Analyst Tim Kurkjian and Philadelphia Phillies third base coach Dusty Wathan. Additional special guests will be announced in the coming weeks and a portion of the proceeds from the event will benefit a local charity. Kurkjian, who was a big hit at last year's event, has covered baseball since 1978 and has been a baseball writer, reporter, analyst and host at ESPN since 1998. He has been a regular on Baseball Tonight and SportsCenter. Kurkjian has been part of ESPN's coverage of the MLB Little League Classic the last three years at Williamsport's BB&T Ballpark.

Wathan has been the Phillies third base coach for the past two seasons after a successful career managing in the Phillies system from 2008-2017. He made his professional coaching debut as the manager of the Williamsport Crosscutters in 2008 leading the squad to a record of 38-37. Wathan has a record of 732-646 (.531) in 10 minor league seasons as a manager and his 374 wins with Reading (AA) ranks him as the all-time winningest manager in franchise history.

The evening will consist of a full-course dinner, live and silent auctions of sports memorabilia along with interviews and question and answer segments with the special guests. Other highlights of the event include the inductions of the latest members to the Bowman Field Hall of Fame and the Lycoming County Sports Walk. Those inductees are expected to be announced in the weeks leading up to the event.

The ballroom doors open at 5:30 PM with the dinner and entertainment portion of the event kicking off at 6:30 PM. A limited autograph session will take place at the close of evening.

Tickets are $59 per person and can be purchased by calling the Cutters offices at (570) 326-3389 or ordering online at the link below. This event is a sell-out every year, so fans are encouraged to purchase tickets now. Reserved seating is assigned on a first-come, first-serve basis as tickets are ordered. Business sponsorships for the event are also available.