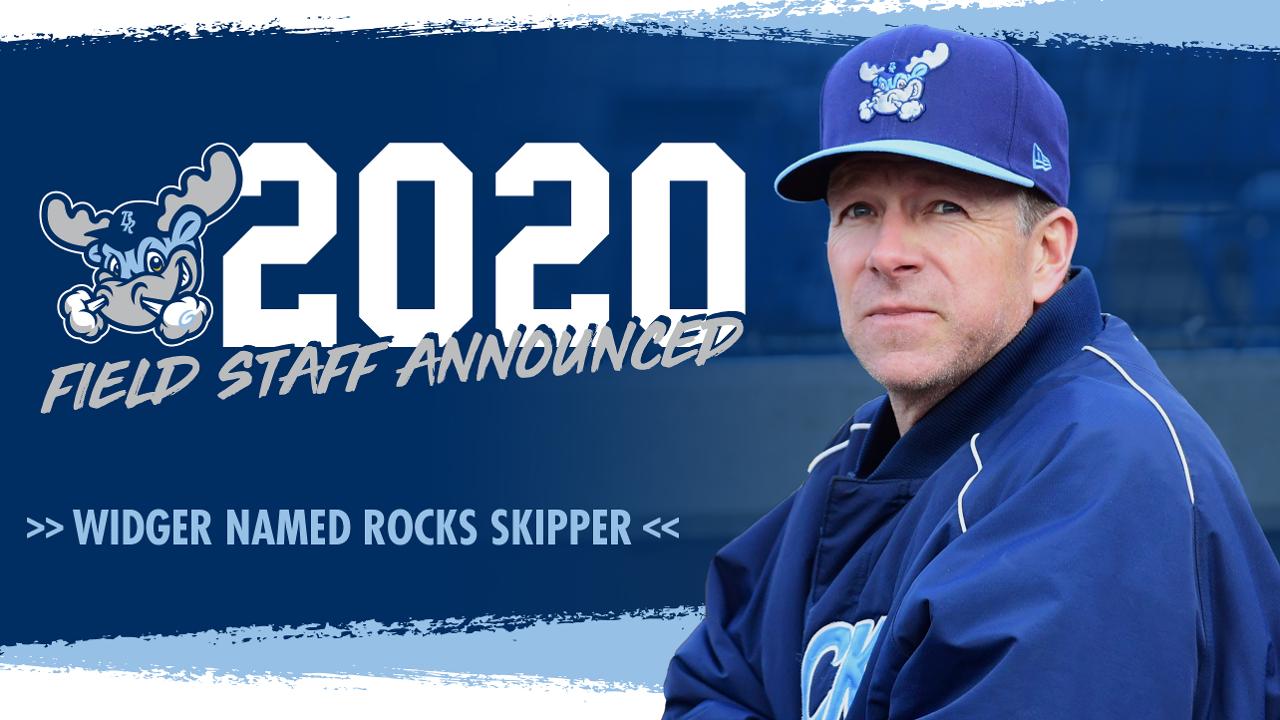 The 48-year-old Widger was born in Wilmington and grew up in the area. He previously spent three years as the Blue Rocks bench coach from 2016-2018. Last season Widger skippered the Burlington Royals to a 39-29 record. He also managed the independent Camden Riversharks of the Atlantic League in 2015.

Widger played 10 Major League seasons, batting .238 with 55 home runs and 222 RBI in 613 career games. He spent time with the Mariners, Expos, Yankees, Cardinals, White Sox and Orioles. The catcher won a World Series with Chicago in 2005, drawing two walks and driving in a run in the Fall Classic.

He played his college ball at George Mason, which is also where Kansas City general manager Dayton Moore, as well as assistant general managers J.J. Picollo and Lonnie Goldberg played. Goldberg and Widger were college roommates.

The Royals also released the rest of the Rocks' coaching staff for 2020. Steve Luebber returns as pitching coach, while Andy LaRoche is the new hitting coach and Brandon Nelson is the development coach.

Luebber is the longest tenured coach in Blue Rocks history. In his second stint with Wilmington, 2020 will mark his 11th season tutoring Blue Crew pitchers. The 70-year-old has mentored more than 40 Wilmington alums who ultimately made it to the Major Leagues. Luebber had stints in the bigs with the Blue Jays, Orioles and Twins. He went 6-10 with a 4.62 ERA in 66 appearances.

LaRoche worked with Widger as the hitting coach in Burlington last year. He played six Major League seasons for the Dodgers, Pirates, A's and Blue Jays, slugging a career-best 12 homers with Pittsburgh in 2009.

Daniel Accola will serve as the team's athletic trainer while Taylor Portman takes over as strength coach.

The Wilmington Blue Rocks are the Advanced-A affiliate of the Kansas City Royals and the 2019 Mills Cup champions. Season tickets, mini plans and group packages for the 2020 campaign are on sale now, while individual tickets will be released in February, as will the team's promotional schedule. For more information, the team's website is BlueRocks.com.