Wilmington Wins By Single Score For 35th Time in 2019 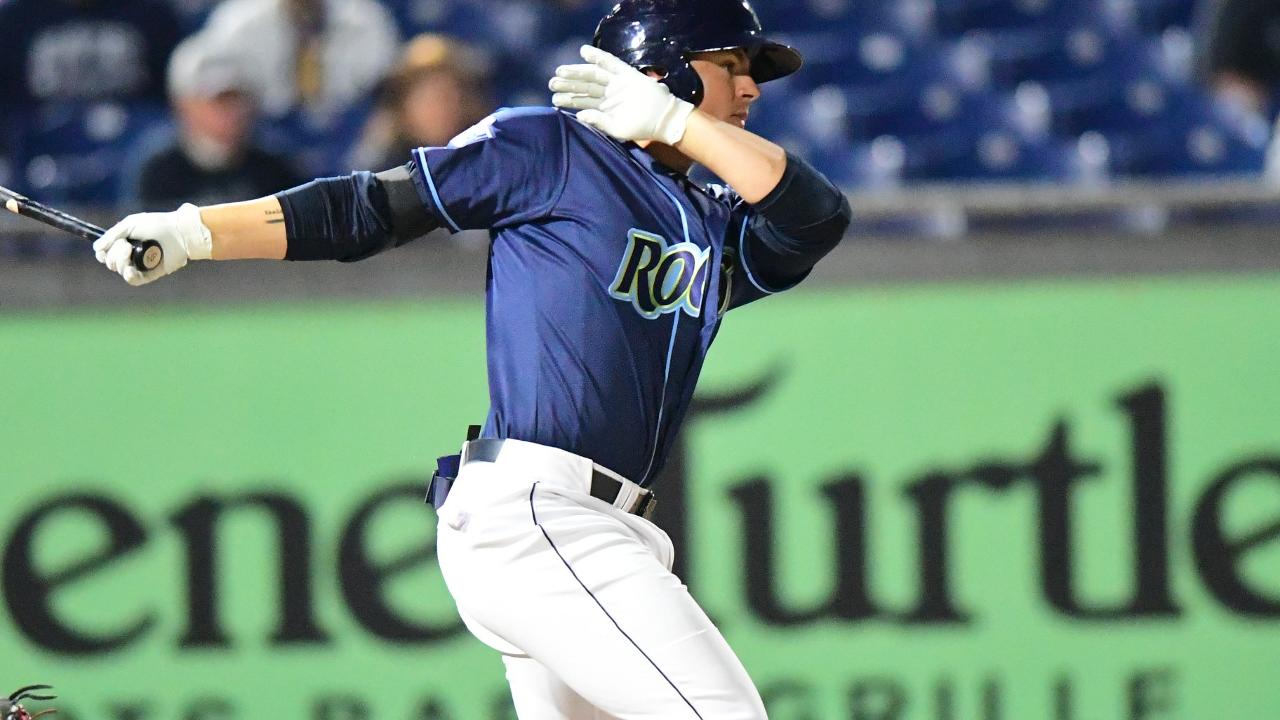 Wilmington, DE - Nick Pratto's  eighth-inning home run lifted the Wilmington Blue Rocks to a 3-2 victory over the Lynchburg Hillcats on Tuesday at Frawley Stadium. Pratto's homer capped off a come-from-behind win for Wilmington. After allowing a pair of runs in the opening frame, Daniel Lynch and the Blue Crew pitching staff combined to hold the Hillcats off the board over their final eight trips to the plate.

Pratto's long ball came against Lynchburg reliever Jonathan Teaney. With one out and the bases empty Pratto sent the first pitch of his at bat soaring over the right-field fence. Earlier the Rocks had drawn even courtesy of a two-run bases-loaded single from Cristian Perez .

Lynch made his first start for the Blue Rocks since June 1 and turned in a quality outing. Initially it was a rough return for Wilmington's Opening Night starter. The lefty yielded a run-scoring single from Tyler Freeman and an RBI fielder's choice off the bat of Will Benson in the opening frame. From there he allowed just two more over his final five frames on the hill.

Austin Lambright followed with a flawless frame of relief and then Andrew Beckwith  posted a goose egg in the eighth to earn the win, while Tad Ratliff  worked a scoreless ninth to nail down his 22nd save of the season.

The Rocks continue their three-game homestand against Lynchburg on Wednesday at 6:35 p.m. Tickets are available online at BlueRocks.com and fans who can't make it to the game can catch all the action with the Voice of the Blue Rocks, Cory Nidoh, on 89.7 WGLS-FM.

The Blue Crew continue to get it done in close games this season. The Rocks lead the Carolina League with 49 games decided by a single score in 2019 and have played 68 affairs with a margin of victory of two-or-less. Wilmington is an impressive 47-21 in those close calls including 35-14 in one-run decisions.

The Royals added Delaware native Tyler Hill  to the Wilmington roster on Friday morning and he has not waste any time proving his hometown team just how valuable he can be. The outfielder went 8-for-11 with a homer and two doubles during the three-game series at Myrtle Beach and then got a hit and scored a run in his first home game at Frawley Stadium as a pro. Originally drafted by the Red Sox in the 19th round of the 2014 Hill was selected by the Tigers in the Minor League phase of the Rule 5 Draft. Detroit turned around and traded him to the Yankees for cash and then New York released him in June. Hill was born in Wilmington and graduated from the Delaware Military Academy.

Before the game the Blue Rocks announced that, due to unforeseen issues, Tim "Wild Thang" Lepard, owner and head trainer of the Cowboy Monkey Rodeo, will be unable to perform at the team's game on Friday, August 30. Unfortunately, due to the timing of the cancellation and the uncertainty surrounding Lepard's schedule, the Blue Rocks will not be able to reschedule the Cowboy Monkey Rodeo.