Fisher, Muno and Robert homer in Monday's victory over the Nationals 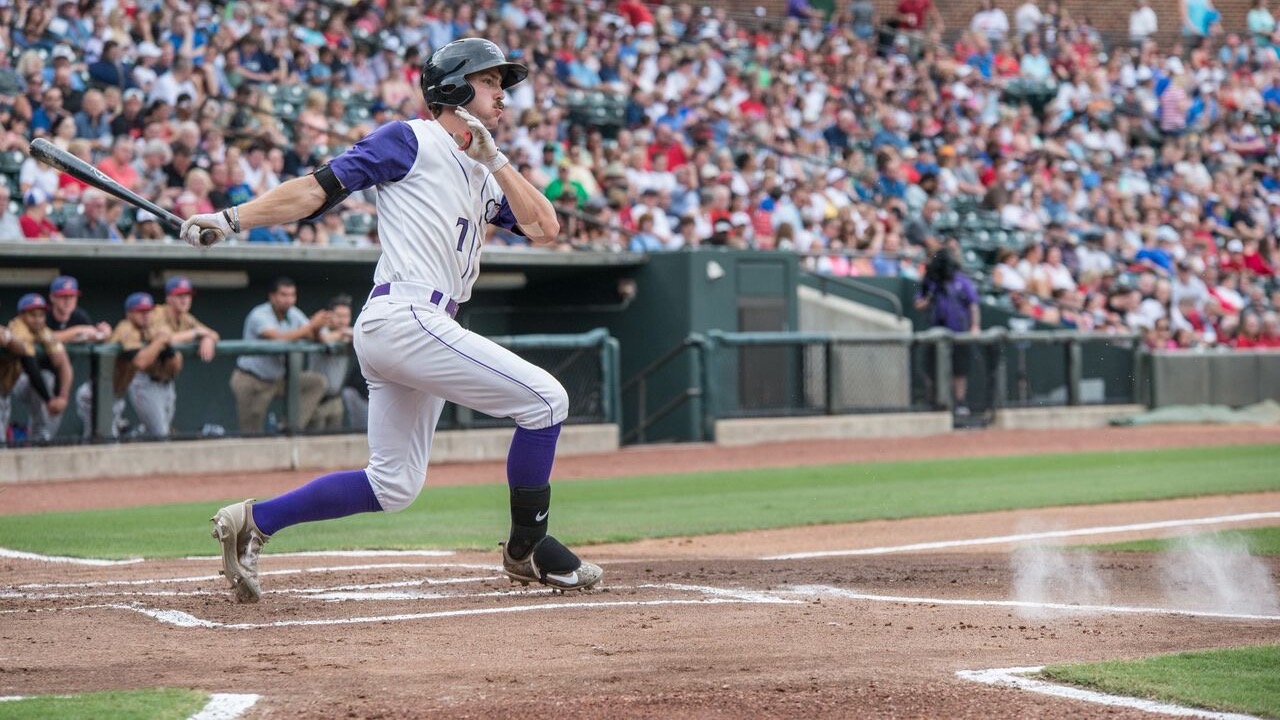 WINSTON-SALEM, NC (April 29, 2019) - On the strength of four home runs, including two by Jameson Fisher, the Dash scored a season-high 12 runs and racked up 16 hits to clobber the Potomac Nationals 12-5 on Monday night at BB&T Ballpark.

With Winston-Salem (14-11) already leading 5-3, Fisher hit his first of two home runs in the bottom of the fifth. Leading off the inning, Fisher crushed a 412-foot shot to dead center for his first home run of the season. The very next inning, with the Dash now leading 8-4, Fisher launched a 432-foot, three-run homer to right to break the game wide open. Fisher's sixth inning home run capped a five-run bottom of the sixth for Winston-Salem. It was the first two-homer night for Fisher since June 28, 2016.

With the game tied at two, JJ Muno began the home run barrage in the bottom of the fourth, crushing a 1-1 pitch from Potomac (9-16) starter Nick Raquet (1-4) over the right field seats to put the Dash ahead 3-2. After a Yeyson Yrizarri single, Luis Robert  launched a ball out to right field to extend the Winston-Salem lead to 5-2. Robert collected four hits on the night and finished just a double shy of the cycle.

Entering the bottom of the sixth inning with a 6-3 lead, the Dash began to pour it on. To start off the inning, Carlos Perez singled and Muno drew a walk to put runners on first and second. Yrizarri then lofted a single into left field to score Perez from second and make it 7-4.

Robert continued the hit parade by blooping a single into right-center to score Muno and push the Dash lead to 8-4. Next up, Nick Madrigal struck out, ending a streak of 67 straight at-bats without a strikeout. but Fisher's second homer put the game out of reach.

Winston-Salem added another insurance run in the bottom of the eighth. With one out, Robert hit a hot-shot single off the glove of Potomac third basemen Anderson Franco. Madrigal then doubled off the wall in left-center to put runners at second and third. After Fisher walked, Tyler Frost belted a sacrifice fly to center, scoring Robert to make it 12-5.

Despite Monday marking the highest margin of victory of the Dash this season, Potomac got on the board first against Dash starter Lincoln Henzman (1-0) in the top of the second. KJ Harrison led off the inning with a single into left before Jackson Reetz tripled off the wall to make it 1-0. After a Gage Canning popout, Reetz came home on a groundout by Anderson Franco to make it 2-0.

In the bottom half of the inning, Winston-Salem cut into the lead with help from some defensive miscues. After Zach Remillard led off the inning with a single, Potomac second basemen Cole Freeman made two errors in the inning that allowed Remillard to score to make it 2-1.

Winston-Salem tied the ballgame in the bottom of the third. Madrigal led off the inning with a double and came around to score on a wild pitch by Raquet to knot things up at two before the Dash's offensive explosion.

Potomac plated a run in the fifth, sixth and seventh innings, but the P-Nats bats couldn't keep up with the Dash on this night. To close out the ballgame, Will Kincanon delivered two perfect innings and struck out three hitters.

The Dash's series against Potomac will continue on Tuesday night. Right-hander Zach Lewis (2-1, 5.95 ERA) will take the mound for Winston-Salem against fellow right-hander Andrew Lee (1-0, 2.30 ERA) for Potomac. First pitch is set for 7:00 p.m., and fans can catch all of the action on wsdash.com/broadcast, MiLB.tv and the TuneIn Radio App.

Tuesday's game against Potomac will be a Taco Tuesday, with $2 tacos available at the concession stand behind home plate. The homestand finale will be a Lowes Foods Thirsty Thursday, a Pups in the Park Night, presented by Handy and Handy Orthodontics, and a Rayados Day. For tickets and more information, call the Dash at (336) 714-2287 or visit wsdash.com.