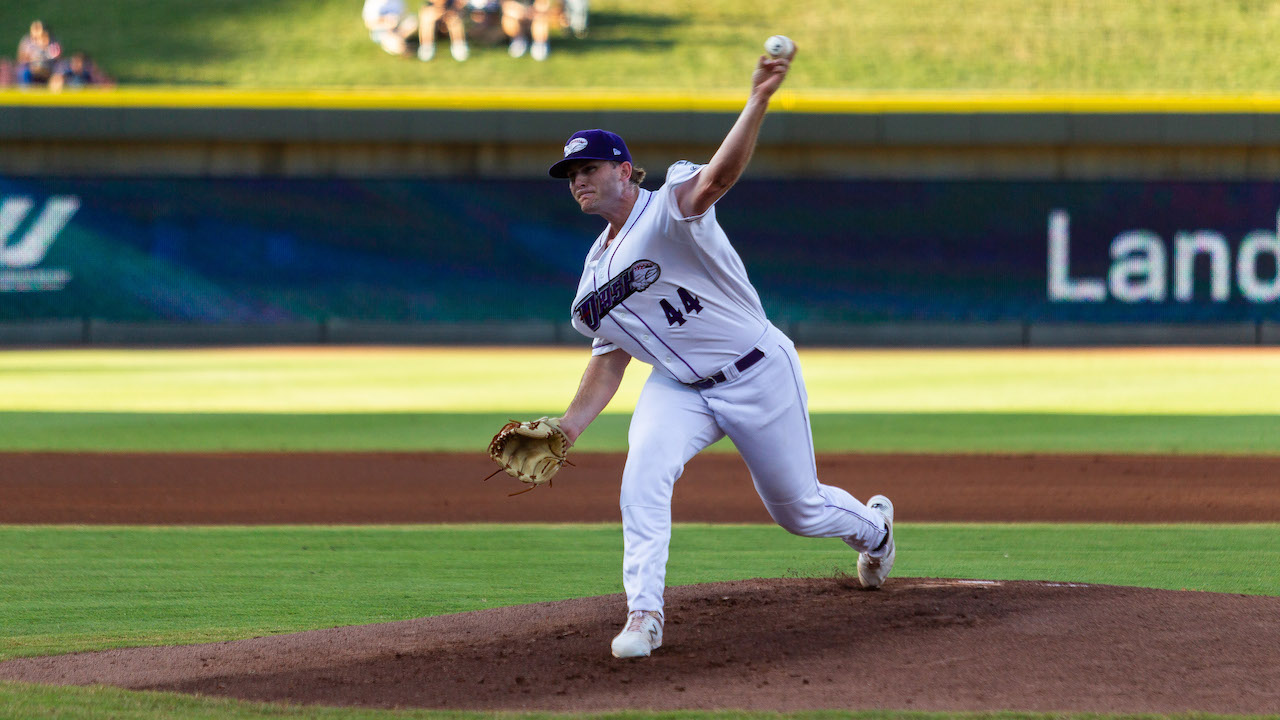 LYNCHBURG, Va. (Sept. 2, 2019) - The Dash pitching staff combined for a shutout on Monday, as Winston-Salem closed out the 2019 season with a 3-0 victory over the Lynchburg Hillcats at City Stadium.

In the 2019 season finale, the Dash (34-35, 72-61) employed a by committee approach on the mound. After Konnor Pilkington tossed three scoreless frames to start the ballgame, Kevin Escorcia (2-2), Wyatt Burns, Jacob Lindgren, Jose Nin, Luis Ledo and Andrew Perez each pitched a scoreless inning to complete the shutout.

The seven pitchers combined to limit the Hillcats (30-38, 62-74) to seven hits, while striking out nine batters. Perez earned the save by pitching a scoreless ninth with one strikeout.

Winston-Salem built an early lead against Lynchburg starter Brock Hartson (2-3). To lead off the ballgame, Steele Walker drew a walk. Two batters later, Craig Dedelow drew the second walk of the inning to put runners at first and second. Then, Jameson Fisher lined a single into center field, scoring Walker to make it 1-0.

In the top of the eighth, the Dash added insurance against reliever Yapson Gomez. Andrew Vaughn led off the inning by doubling into left-center field before Dedelow singled to put runners at first and second. Fisher then stroked a single into right field to bring home Vaughn and make it 2-0. Fisher finished the day 3-for-3 with two RBIs.

Following Fisher's single, Johan Cruz grounded into a double play, but Dedelow reached third on the play. The next batter, Jonathan Allen laid down a bunt for a single, allowing Dedelow to score and push the Dash lead to three runs.

Lynchburg threatened in the bottom of the ninth, putting runners at second and third. However, Perez induced a flyout from Mitch Reeves to end the game and the season. At 72-61, the Dash finished the 2019 season with the third-best overall record in the Carolina League.

While the 2019 season has ended for the Dash, tickets are now available for the first-ever Dash City Rocks! Concert at BB&T Ballpark on Saturday, September 28. The concert will feature alternative rock acts Sister Hazel, Vertical Horizon and Emerson Hart of Tonic. For tickets and more information, call 336-714-2287 or visit wsdash.com.