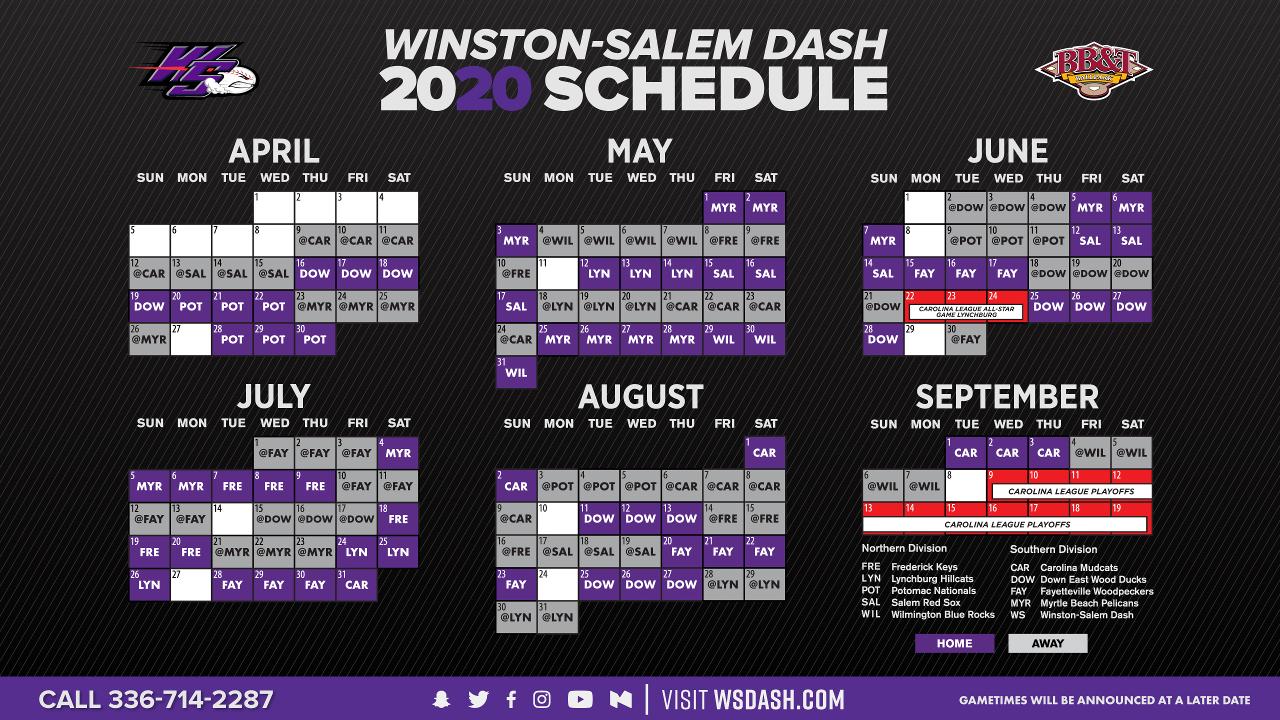 WINSTON-SALEM, N.C. (Sept. 11, 2019) - The Winston-Salem Dash have announced their 2020 schedule, which will mark the 11th season in BB&T Ballpark history. The slate includes 70 home games and 34 home weekend games (Friday, Saturday or Sunday). The full 140-game schedule is available here. Game times will be announced at a later date.

The 2020 season starts on the second Thursday of April. Following a week-long road trip from April 9-15, the Dash home opener will be on Thursday, April 16, with the start of a seven-game homestand against the Down East Wood Ducks (Texas Rangers) and the Potomac Nationals (Washington).

The annual Fourth of July extravaganza returns on Saturday, July 4, when the Dash host the Myrtle Beach Pelicans (Chicago Cubs).

Since moving to BB&T Ballpark is 2010, Winston-Salem has finished in the top two in Class A-Advanced baseball in overall and average attendance every season. Over the first 10 seasons at BB&T Ballpark, a total of 2,978,563 fans have enjoyed Dash baseball, which averages out to 297,856 fans per season. The Dash led all of High-A overall attendance in 2019 with 264,879 fans visiting BB&T Ballpark.

Season-ticket and group packages for the 2020 season are on sale now. Call (336) 714-2287 to secure your seats for the biggest games of the Dash's home slate. For more information, visit wsdash.com.