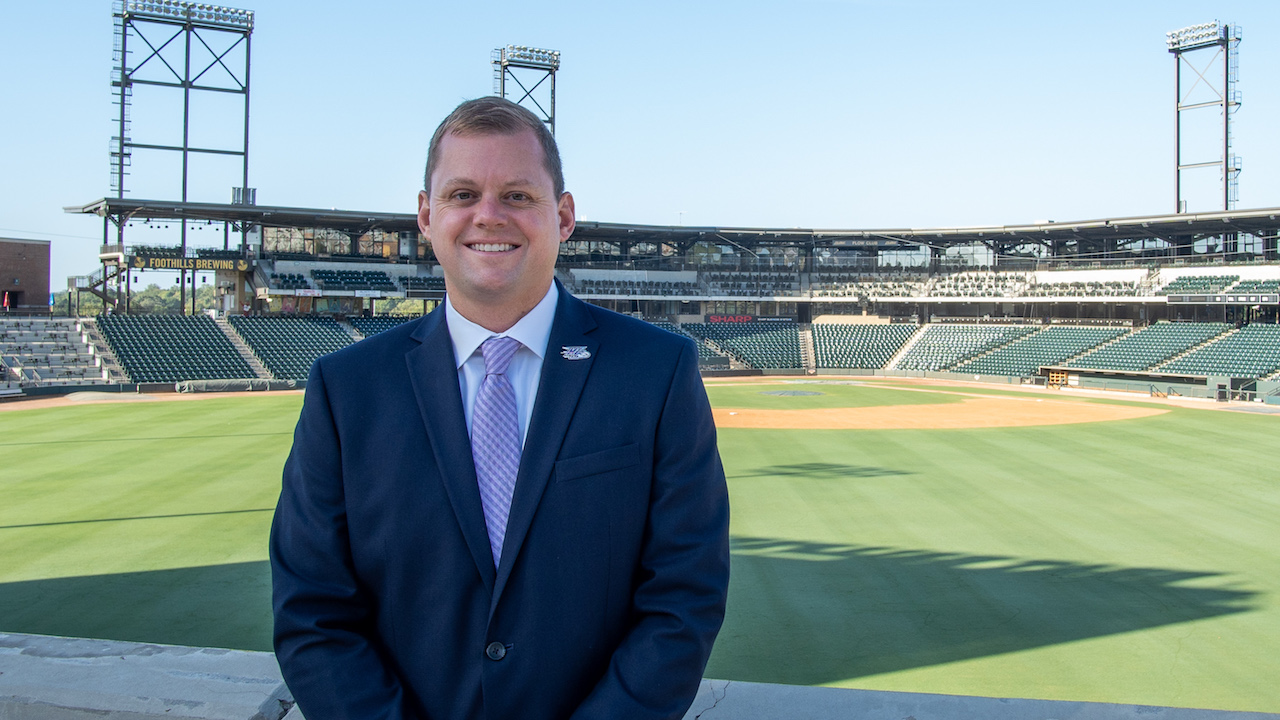 WINSTON-SALEM, N.C. (Sept. 30, 2019) - The Winston-Salem Chamber has recognized the Dash's Vice President of Corporate Partnerships Corey Bugno as a 2019 honoree for their Winston Under 40 Leadership Award. The annual award highlights 20 young professionals who exemplify qualities of strong leadership and community service.

"I am very grateful to be recognized for this award," said Bugno. "This group of honorees are incredible leaders in our community, and it is a privilege to be included with these talented individuals."

Since joining the Dash's front office prior to BB&T Ballpark's inaugural season in 2010, Bugno has helped lead the Dash in a variety of roles. In 2013, he helped start Rhino Sports and Entertainment, the Dash's sister company, which now employs over 1,600 individuals across multiple sports and entertainment venues in nine southeast cities. In 2015, he transitioned into his current role, VP of Corporate Partnerships, in which he has helped increase suite and sponsorship revenue more than 25 percent. Thanks in large part to his efforts, the Dash rank as a top-25 team in sponsorship revenue out of 160 Minor League Baseball organizations.

A graduate of Duquesne University (Pittsburgh, PA), Bugno created the Dash's Flow Diamond in the Rough Program, which is designed to promote the growth of youth baseball and softball in the Winston-Salem area. Since its inception in 2014, five local programs have received a combined $250k in assistance, including improved playing surfaces, upgraded equipment, coaching resources and opportunities to attend Dash games and meet Dash players.

Bugno's community involvement is not limited to the Dash. Despite working over 100 baseball games and events throughout the calendar year, Bugno is an active member of the Kernersville Rotary Club and the Chamber Under 40 Advisory Board. He is also a Class of 2019 Leadership Winston-Salem graduate.

Prior to joining the Dash, he served in a variety of roles for the Lehigh Valley IronPigs (AAA Philadelphia Phillies) with whom in 2008 he helped open Coca-Cola Park, which was named ballpark of the year in its inaugural season. He resides in Kernersville with his wife Kristine and their two-year-old daughter Audrey.