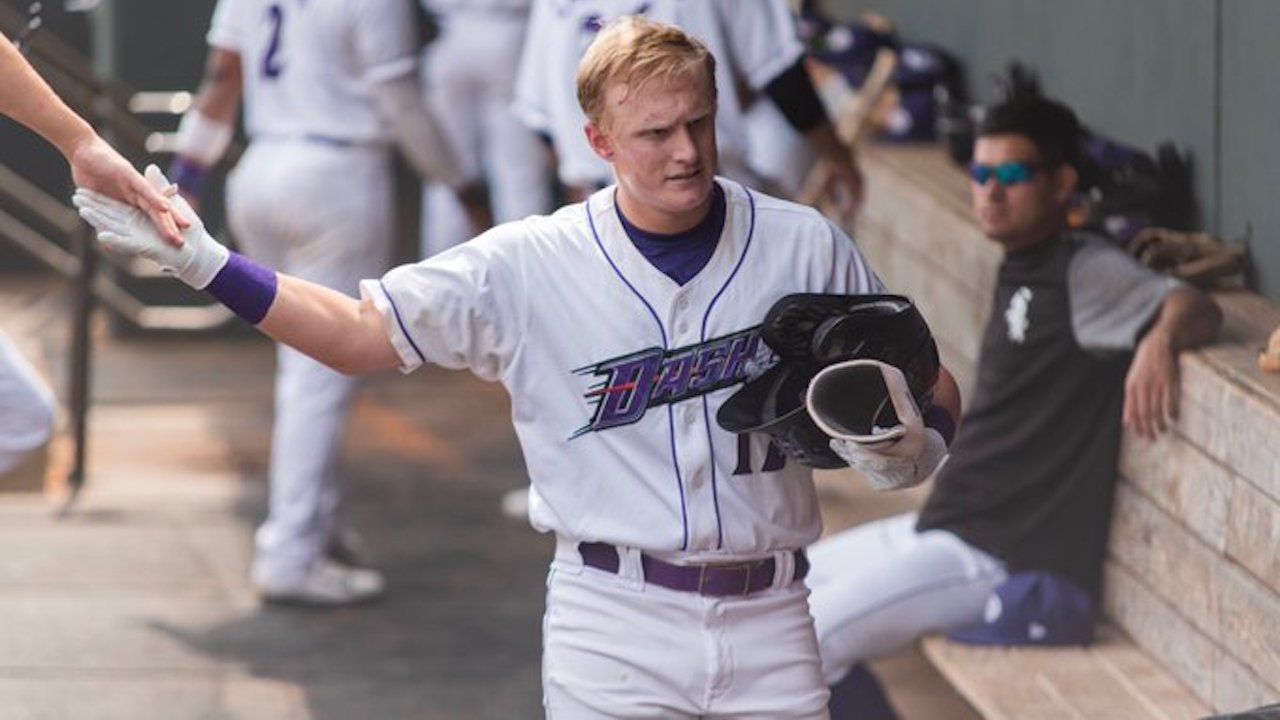 Andrew Vaughn, who suited up for the Dash this year, will help Team USA compete for the 2020 Olympics.

WINSTON-SALEM, N.C. (Oct. 10, 2019) - USA Baseball announced on Thursday that Dash alums Tyler Johnson and Andrew Vaughn have been named to their roster for the World Baseball Softball Confederation (WBSC)Premier12™, a tournament that is the first opportunity for Team USA to qualify for the Tokyo 2020 Olympic Games.

Johnson, who was drafted in the fifth round by the White Sox in 2017, pitched for the Dash in each of the last two years. A former closer for the University of South Carolina, Johnson recorded a 1.45 ERA with 43 strikeouts in 21 appearances for Winston-Salem in 2018. This past year, the right-hander returned to Winston-Salem after recovering from a lat strain and yielded a 1.80 ERA in seven outings before being promoted to Double-A Birmingham.

Vaughn, who was selected with the third overall pick in this year's draft by the Chicago White Sox, played 29 games for Winston-Salem this season. A superstar in college with the University of California-Berkeley, Vaughn recorded a batting line of .252/.349/.411 with eight doubles, three homers and 21 RBIs for the Dash. Before joining the professional ranks, Vaughn had an incredible career at Cal. As a sophomore in 2018, the first baseman won the Golden Spikes Award as the best amateur player in the United States and the Pac-12 Player of the Year award. He finished his collegiate career with 50 home runs, the third most in Golden Bears history.

The U.S. will begin WBSC Premier12™ in Guadalajara, Mexico, from November 2-4 as a member of Group A with the Dominican Republic, Mexico and Netherlands. The top two nations from Group A will advance to the Super Round in Tokyo from November 11-16.

The top finisher from both the Americas territory and Asia/Oceania territory (excluding Japan) will join host-country Japan and WBSC Baseball Europe/Africa Olympic Qualifier champion Israel in the six-team Olympic tournament. The final two Olympic berths will be decided in March 2020.

The team will train in Surprise, Arizona, from October 21-28 at the Kansas City Royals Spring Training facility before traveling to Mexico for the opening round of the Premier12™.