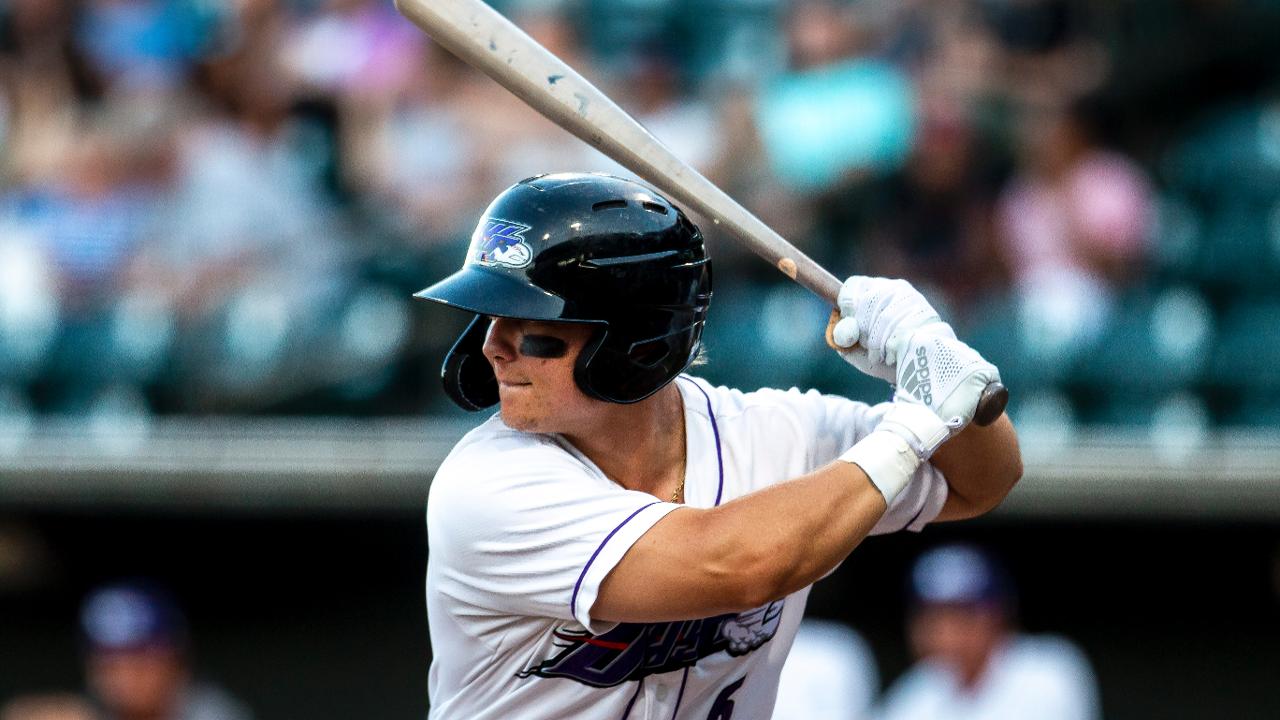 WINSTON-SALEM, N.C. (July 30, 2019) - Steele Walker posted a three-hit night on Tuesday, and Zach Lewis, Bennett Sousa and Will Kincanon combined to allow just one run, as the Dash claimed a 4-1 victory over the Lynchburg Hillcats at BB&T Ballpark.

On his 23rd birthday, Walker got Winston-Salem (18-20, 56-46) on the board early. After Mitch Roman drew a one-out walk, Walker laced a double into the left-center field gap, scoring Roman to make it 1-0. The star outfielder finished the night 3-for-4 with two doubles and an RBI.

Meanwhile, on the mound, the trio of Lewis, Sousa (1-1) and Kincanon combined to limit the Hillcats (17-20, 49-55) to just one run on eight hits. Sousa earned the win by tossing 2.1 scorelss frames while allowing just one hit, and Kincanon earned the save by pitching 1.2 scoreless innings.

Following Walker's double in the first, Lynchburg knotted the score in the top of the fourth inning. With two outs, Will Benson drew a walk before a Mike Rivera single pushed him to third. The next batter, Jonathan Laureano, hit an infield single to bring home Benson and tie the game at one.

However, Winston-Salem took the lead against Lynchburg reliever Hector Hernandez in the bottom of the sixth. To start off the frame, Craig Dedelow and Zach Remillard notched back-to-back singles before a wild pitch moved Dedelow to third. Jameson Fisher then hit a sacrifice fly into right field to put the Dash in front.

In the bottom of the seventh, the Dash added two more insurance runs against Hillcats reliever Manuel Alvarez. Johan Cruz led off the frame by drawing a walk. Then, JJ Muno smacked a triple that one-hopped the wall in center field to bring home Cruz and make it 3-1. After Muno's triple, Roman hit a sacrifice fly to push the lead to 4-1.

The Dash continue their series with the Hillcats on Wednesday morning. Right-hander Jorgan Cavanerio (7-0, 2.75 ERA) will take the hill for Winston-Salem against fellow righty Brock Hartson (0-1, 5.19 ERA). The contest will begin at 11 a.m., and fans can catch all of the action on wsdash.com/broadcast, MiLB.tv and the TuneIn Radio App.

Meanwhile, the series finale will be a Lowes Foods Thirsty Thursday as well a Pups in the Park Night presented by Handy and Handy Orthodontics.

Following the three-game set with Lynchburg, the Dash host the Carolina Mudcats for three games to round out the homestand. Friday's series opener will be a Fireworks Friday. Saturday's contest will be the annual Energize the Ballpark Night, with a live concert following the game featuring Two-time Grammy-Award winning Gospel artist Jason Crabb.

The homestand finale on Sunday will be a Lowes Foods Family Sunday. Kids Run the Bases presented by New Balance Winston-Salem will follow each of the weekend's games. For tickets and more information, call the Dash at (336) 714-2287 or visit wsdash.com.