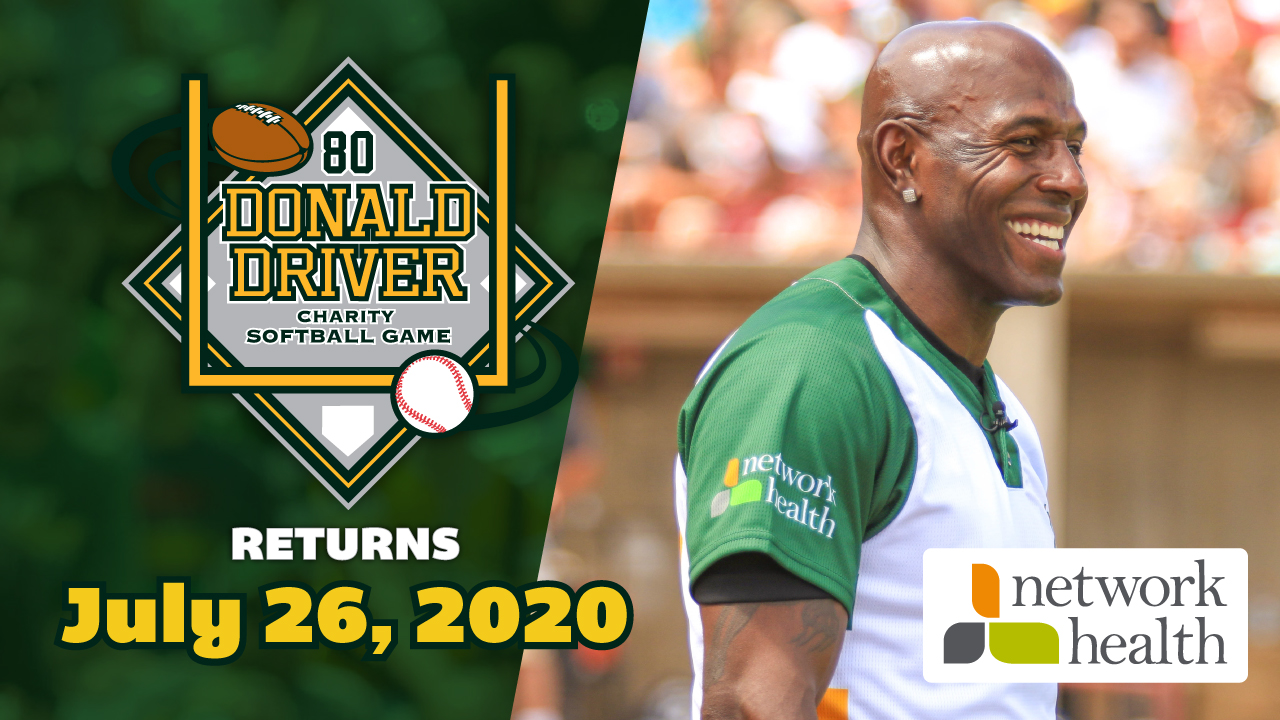 GRAND CHUTE, WI - Donald Driver is hosting a Super Bowl Championship Reunion as part of his Official Donald Driver Charity Softball Game at Neuroscience Group Field at Fox Cities Stadium in 2020! The Green Bay Packers All-Time Leading Receiver, Super Bowl Champion, Dancing with the Stars Champion and New York Times Best-Selling Author is bringing back a lot of his teammates from the championship team that won in Dallas in 2011. The game will be held on Sunday, July 26 at 1:05pm. Fans attending the game will receive a complimentary, limited edition Donald Driver bobblehead!

"Winning the Super Bowl in front of all of my family, friends and Packers fans is one of the best moments of my life. I am excited to celebrate the 10 Year Anniversary of this World Championship with an amazing group of guys that worked so hard to bring a trophy back to Green Bay. Come relive the moment, while we raise money for WI families!", Donald Driver states.

Tickets for the softball game are $53 for a front row box seat, $43 for a standard box seat, $25 for a reserved bleacher seat and $12 for a general admission grass seat. There are also a limited number of patio tables - which seat four - available at $212. The patio tables will include one autographed item signed by Donald Driver.

There are 69 All-You-Can-Eat seats available for this game for $80 per seat. This ticket includes admission to the game, an all-you-can-eat picnic for 90 minutes, and two beverages (beer, soda, or water).

Tickets to the Donald Driver Charity Softball Game are available in one of the following ways: Over the phone at 800-WI-TIMBER or (920) 733-4152; in person at the Neuroscience Group Field at Fox Cities Stadium Box Office; or through the internet at www.timberrattlers.com.