Catcher is first Rattler to earn the honor since 2016 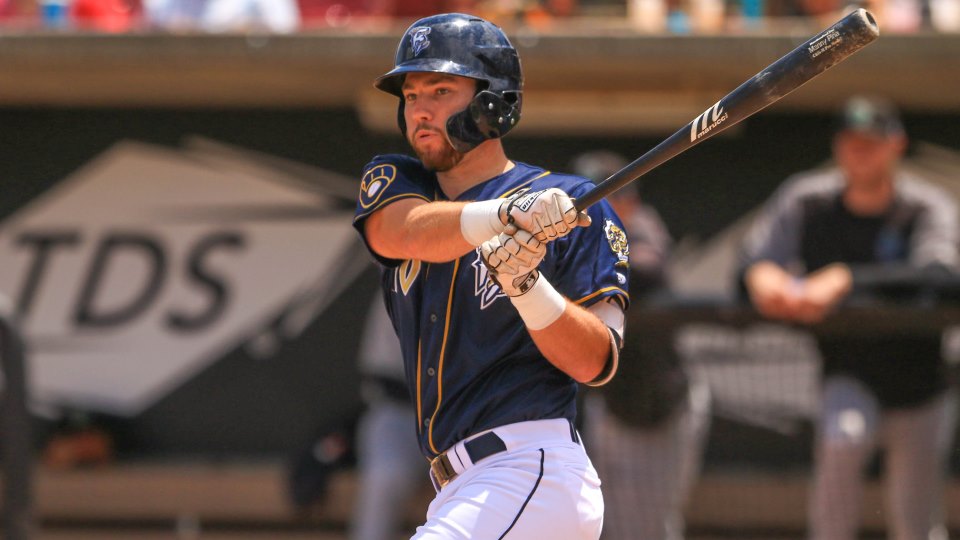 GRAND CHUTE, WI -  David Fry's great Midwest League season just got a little better. The Midwest League announced earlier today that Fry has been selected as the catcher for the league's post-season All-Star team.   The team was picked on a vote of Midwest League managers.

Fry, the seventh round pick of the Milwaukee Brewers from the 2018 draft, has seventeen homers and 68 RBI this season. He has 41 doubles and leads all of Minor League baseball in that category.

He has played in 125 of Wisconsin's 128 games this season. Fry has caught 63 games for the Rattlers. He has thrown out 43.3% of would-be base stealers and committed just five errors this season.

The right-hand hitter out of Northwestern State had been named the Southland Conference Player of the Year in 2018 and was the starting catcher for the Western Division for the 2019 Midwest League All-Star Game in South Bend, Indiana. He adds this honor to his resume.

Fry is the first Timber Rattler to be named to the post-season All-Star team since 2016. Wisconsin placed two players on the team in 2016: Isan Diaz at shortstop and Nate Griep as the right-handed reliever.

Fry and his Wisconsin teammates host the Burlington Bees tonight at Neuroscience Group Field at Fox Cities Stadium at 7:05pm. The Rattlers head to Clinton, Iowa for a four-game series with the Clinton LumberKings on Saturday in a showdown series with playoff implications for both teams. Wisconsin returns home for the final three games of the regular season against the Kane County Cougars from August 28 through August 30. Tickets remain for all remaining home games.