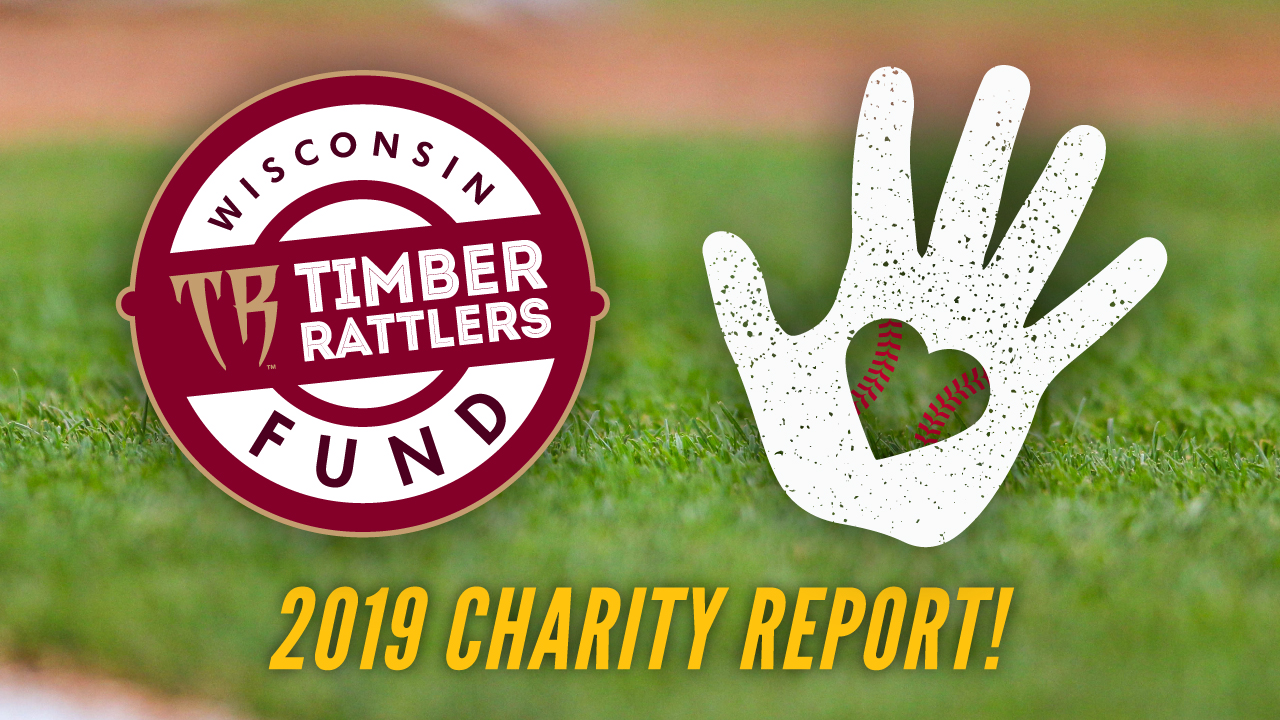 GRAND CHUTE, WI - It was a good year for the various charities supported by the Wisconsin Timber Rattlers Charity Fund. The Rattlers have released a brief report on their charitable works during 2019 as they prepare for 2020.

The main fundraisers for the 2019 Timber Rattlers were the seven jersey auctions held during the 2019 season. The auctions included team-worn jerseys based on promotions for the Udder Tuggers, Los Cascabeles, Military Appreciation, University of Wisconsin, Milwaukee Brewers, Star WarsTM, and Wisconsin Brats. These auctions raised almost $18,000 for local charities.

The Timber Rattlers are finalizing their jersey designs for the 2020 season and will unveil those designs as Opening Night for next season gets closer.

The annual Charity Golf Outing which was held on June 3, 2019 was another significant fundraiser. Nearly 100 area golfers plus Timber Rattlers players, coaches, and front office personnel collected over $8,500 for the Timber Rattlers Charity Foundation through the golf and raffles that were held after the outing. The 2020 Charity Golf Outing is scheduled for Monday, June 1 at Shamrock Heights Golf Course in Shawano.

The team was also involved in programs like Whiffer's Fitness Program and Fang's Reading Club. The reading club is an incentive-based program that allows schools in Northeastern Wisconsin and the Upper Peninsula to get children from Kindergarten through fifth grade involved in reading. The fitness program helped to get kids in the Fox Cities to get and stay active.

Mascots Whiffer & Fang got into the charitable spirit on their birthdays, too. Whiffer's Birthday in March coincided with the team's individual tickets on sale date and a Help for the Homeless Drive that collected hygiene products for area homeless shelters. Fang's Birthday in August collected 410 pounds in non-perishable food items as part of the Cans for Cake food drive.

The Timber Rattlers front offices also tended to their on-site garden to grow and harvest over 400 pounds of food in the Greenstone Farm Credit Services Ballpark Garden at Neuroscience Group Field. The fresh vegetables were taken to St. Joe's Food Pantry.

Additionally, over 2000 hats were presented to area Little League programs. Numerous other charities received over 10,000 ticket vouchers to be used in their own fundraisers by the Rattlers.

The team established the Wisconsin Timber Rattlers Fund with the Community Foundation of the Fox Valley Region in 2016 to benefit the team's charitable works.

Thank you to everyone who assisted in our charitable works in 2019. We could not have accomplished this without the support of the players, coaches, and community. We look forward to 2020.