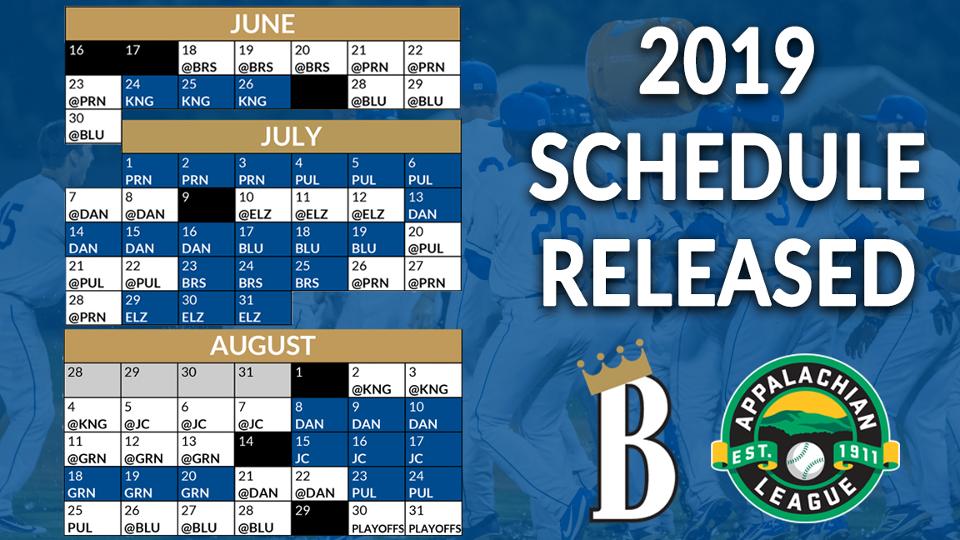 In conjunction with the Appalachian League of Professional Baseball clubs, the Burlington Royals today announced their 2019 regular season schedule. All game times will be announced at a later date.

Opening Day is scheduled for Tuesday, June 18 at DeVault Memorial Stadium in Bristol, Virginia when the Royals take on the Bristol Pirates. The Royals open their season up on the road for the second consecutive year. The Royals home opener is set for Monday, June 24th when the Kingsport Mets travel to Burlington.

Burlington will host 34 games at Burlington Athletic Stadium, including three in June, 19 in July, and 12 in August. A full schedule will be available soon online at www.burlingtonroyals.com. Season tickets, group outings, and bonus books are on sale now online or by calling the Royals front office at 336-222-0223.