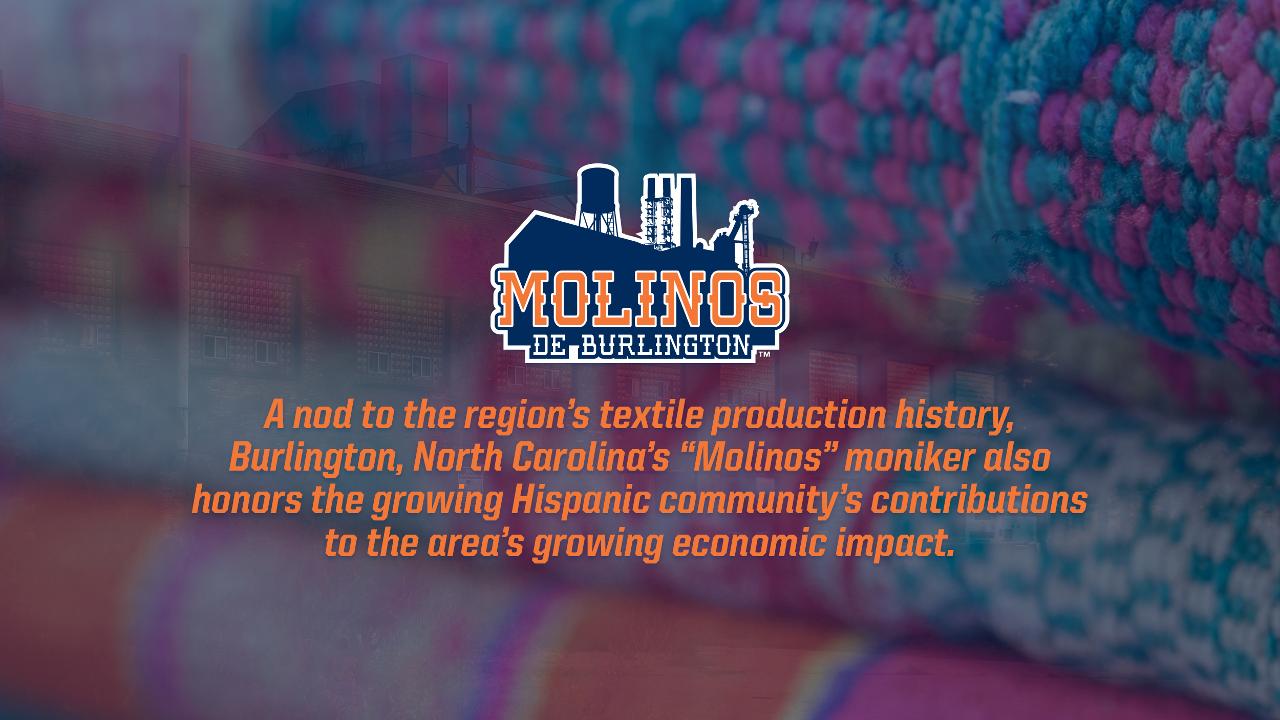 In conjunction with Minor League Baseball, the Burlington Royals announced today they will be participated in this year's Copa de la Diversión  (FunCup) campaign as the Molinos de Burlington (Burlington Mills). The Royals will join 92 other Minor League Teams participating across the country, and the first Appalachian League team to do so since the campaign's inception three years ago.

"We're excited about being able to join Copa de la Diversión this year." said Royals General Manager Mikie Morrison. "When choosing an identity we wanted to make sure that we tied it to the history of Burlington and Alamance County, while also resonating with the hispanic and latino population in the area."

The Royals chose Molinos as a nod to the region's textile production history. The Molinos moniker also honors the growing Hispanic community's contributions to the area's growing economic impact.

A full on-field look will be revealed in March. Molinos merchandise is now available at the Royals' team store and online at www.burlingtonroyals.com. Dates, times, and activities for Molinos games are yet to be determined.