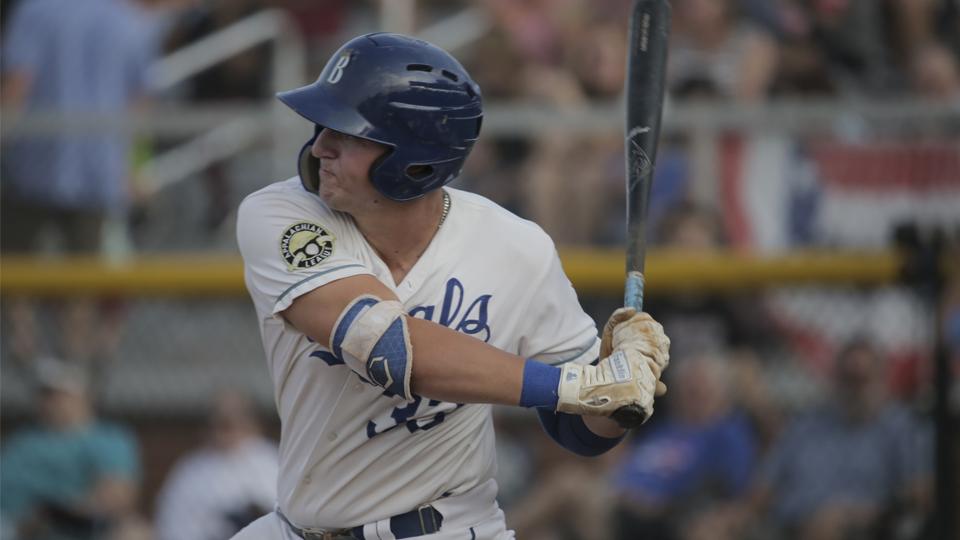 A three run outburst supported Pulaski starter Randy Vasquez to his fourth win of the year as the Pulaski Yankees clinched the Appy League East title with a 3-0 win over Burlington tonight at Burlington Athletic Stadium.

The three run fifth was highlighted by a two-run triple for Madison Santos, scoring Jake Farrell and Jake Pries.

Three Yankees relievers would close the deal for Vasquez(4-1), as Hayden Wesneski struck out Burle Dixon to end the game.

Delvin Capellan(4-2) took the loss for Burlington, tossing five innings in the setback.

Yankees will conclude their season in Princeton, before returning to Burlington for game one of the East Division playoffs on Friday. The series will conclude back at Calfee Park over the Labor Day weekend.

Order you tickets for playoff action at www.burlingtonroyals.com