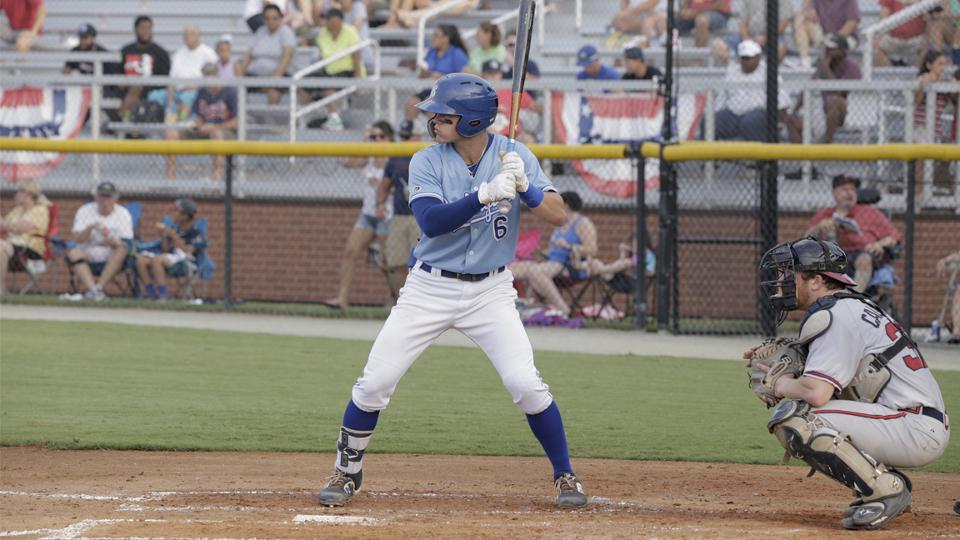 Angel Zerpa and Noah Murdock throw combined shutout as the Burlington Royals snatch the first game of a three-game playoff series with a 6-0 win over the Pulaski Yankees.

A third inning three-run homerun by Royals' designated hitter Michael Massey gave Burlington an early lead, protected by their starting pitcher, Angel Zerpa. Zerpa's five inning outing consisting of seven punchouts and two hits. Noah Murdock was credited with the save, entering the game with a 3-0 lead in the bottom of the sixth inning. Murdock fanned six Yankees' batters, capping off the win by striking out the side in the ninth.

The Royals head to Pulaski for the second game against the Yankees in the Appalachian League East Finals, only needing to win one of the next two to advance.