Charlotte pulls even with Fort Myers in division race 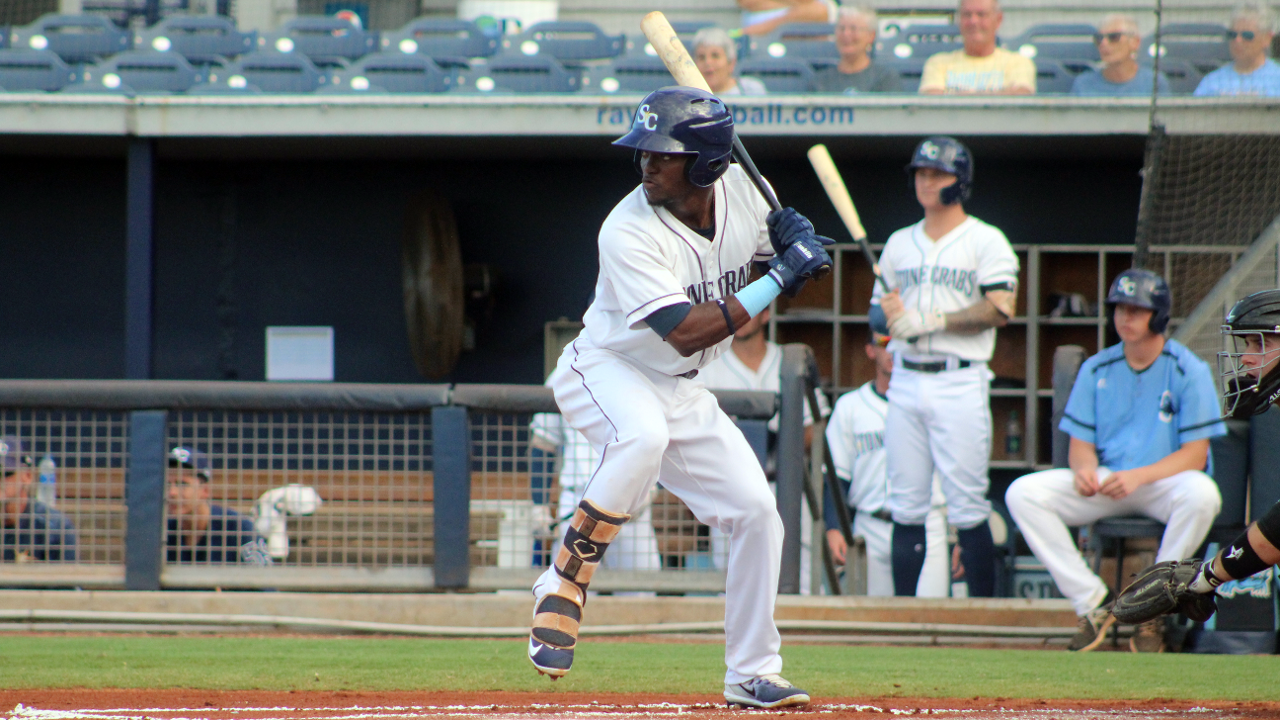 PORT CHARLOTTE, Fla. (August 31, 2018) - The Charlotte Stone Crabs blew out the Florida Fire Frogs by scores of 6-0 and 13-0 Friday at Charlotte Sports Park, putting them back in the thick of the division race.

The two Charlotte (73-61, 39-28) wins combined with the Fort Myers loss means the Stone Crabs are tied with Fort Myers entering the final two games of the season. The Miracle own the tiebreaker which puts their magic number to clinch at two.

In a scoreless game in the bottom of the first, Vidal Brujan singled to right before stealing second. After a walk, Carl Chester flew out to deep left to score Brujan and make it 1-0. After a walk and a double steal put runners at second and third with one out, Rene Pinto flew out to center to plate another Charlotte run and make it 2-0.

The Stone Crabs scored another run on a Kevin Padlo homer in the second to make it 3-0.

Still up three in the bottom of the fourth, Charlotte put together their largest of the season. The first nine Stone Crabs batters all reached base, as the Crabs scored nine runs on seven hits to blow the game open 12-0. They tacked on their final run in the fifth on a Brujan double and wild pitch.

The Stone Crabs took the lead in the bottom of the second when Joey Roach ripped an RBI triple to center.

They tacked on three runs in the fourth on two singles, two walks and two sacrifice flies to make it 4-0. Roach finished the game 3-for-3 with four RBIs, driving in two with a single in the fifth.

In the win, the Stone Crabs set the franchise single-season records for hits (1,205) and second half wins (39).