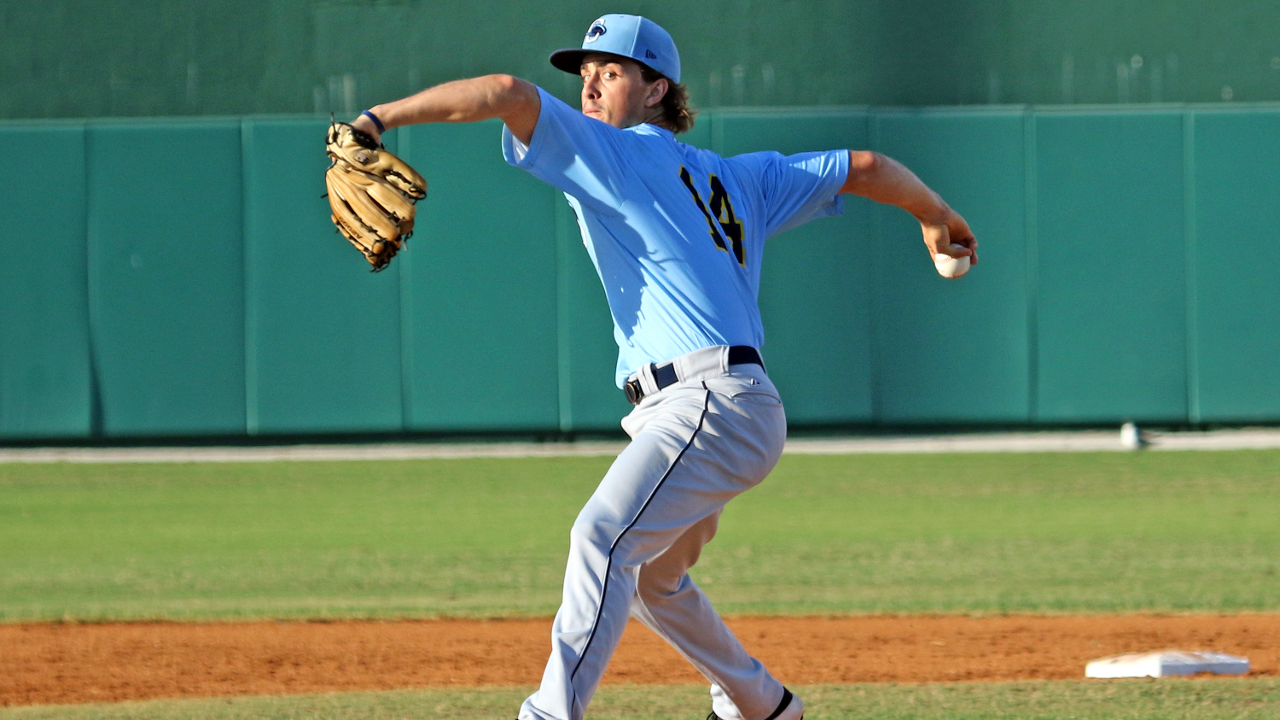 In a season defined by historically dominant pitching and a team that reached new heights, the 2019 Stone Crabs saw the best campaign in franchise history cut short by the threat of Hurricane Dorian.

Despite the abrupt end, the Stone Crabs set new franchise records for wins (82) and winning percentage (.607), topping the 2010 team that went 80-59. Charlotte rattled off a 47-22 second half record, shattering the franchise mark for second half wins with 14 games to go.

The 47-22 record topped Kane County (46-24) for the best second half record in Minor League Baseball amongst the 90 teams that use split season formats. The Stone Crabs reached that impressive mark by putting together two of the best months and two of the longest winning streaks ever.

From July 2-12, the Stone Crabs ripped off 10 wins in a row, the longest winning streak in team history. The streak spanned over four series, highlighted by three one-run wins and sweeps of Jupiter and Florida. During the streak, Charlotte pitching held the opponent to two runs or less for seven consecutive games.

"It just felt like we couldn't lose," Stone Crabs outfielder Garrett Whitley said about the streak. "Our pitching staff was incredible all year, so every day you ran out there and knew whoever was on the mound was going to get the job done. Every time we needed a big hit or had a chance, we had a different guy step up. It was just awesome to be able to click like that as a team."

Charlotte followed that up with an eight-game winning streak from August 7-13, all but sealing the second half title in the FSL South. In the team's first 10 seasons, they only accomplished an eight-game streak on three occasions - before doing it twice in six weeks in 2019.

The 2019 Stone Crabs' month of July was the best in franchise history (20-8), while their June (16-8) performance finishing in a tie for the third-best month of all-time.

After the 2018 team broke several offensive records, their successors broke some of the most significant pitching marks. The 2019 pitching staff set the franchise record for ERA, boasting a 2.76 mark that paced the league by a wide margin. That ERA broke an impressive benchmark of 2.87 set by the 2015 staff that included over a dozen future Major Leaguers, including Blake Snell, German Marquez, Jake Faria and Ryne Stanek. The 2019 staff also broke franchise record for shutouts (20) and fewest hits allowed (997).

"This staff reminds me so much of the 2015 staff," Stone Crabs pitching coach Steve 'Doc' Watson said. "It's similar in that we've lost a lot of good arms, but when one leaves, there's another quality arm, quality makeup guy that comes up and fills the void for us. That's really been a big part of our success this year."

While the Stone Crabs possessed a capable bullpen, the starting rotation featured a stable of hurlers who all put up tremendous numbers. Led by three call-ups from Low-A Bowling Green, every one of Charlotte's starters overwhelmed the opponent. From May 31 on, the Stone Crabs' rotation led the team to a 53-26 record, posting a ridiculous 1.66 ERA over the final three months of the season. The rotation allowed just 6.5 hit-per-nine innings and 2.0 walks-per-nine over that span.

"We just felt like every time we went out there, if we scored two runs, the game was ours," Stone Crabs infielder Zach Rutherford said. "It helps your defense play relaxed, it helps your hitters know that they don't have to do too much. The talent the entire year, everybody was a good ballplayer. Everyone owns their own craft and really cares about what they're doing."

That stretch was anchored by Joe Ryan , who joined the Stone Crabs on May 13. The San Anselmo, California native went 7-2 with a 1.42 ERA over 15 outings, striking out 112 batters in only 82.2 innings. He limited the opponents to a .161 batting average while earning a remarkable 0.71 WHIP.

McClanahan lasted only nine outings before being fast-tracked to Double-A Montgomery, pitching to a 1.46 ERA in that time. The hard-throwing southpaw struck out 59 batters against only eight walks over 49.1 innings (0.83 WHIP).

Right-handers Tobias Myers and Stephen Woods Jr. each missed one month of action due to injury, but were both fantastic when on the mound. Myers worked to a 2.31 ERA over 78 innings, while Woods Jr. went 9-3 with a 1.88 ERA over 86.1 frames. The New York native held the opposition to only 71 hits while striking out 79.

The Charlotte offense finished in the top third of the Florida State League in most categories, placing second in run scored (573) and batting average (.250).

"On the position player side, one thing that really stands out for me all season long is athleticism," Smith said. "To go to the Double-A level and especially playing the Big Leagues, every position is a filled by a pretty good athlete right now. Versatility and athleticism are two big things this organization preaches and goes with. There's a lot of guys that fit that role."

The Stone Crabs had eight different players play three positions or more. Between the infield and outfield, no one played more than 64 games at any one position. Jim Haley led the team with five positions played, while Rutherford appeared at all four infield spots.

Charlotte's athleticism showed up on defense and on the base paths. The Stone Crabs played error-free baseball in more than half of their 135 games, going 53-15 in those contests. Their outfield defense took away countless hits from the opposition, boasting elite runners in each spot almost every night.

The athleticism produced stolen bases as well, with the help of first base coach Ivan Ochoa. The Stone Crabs had nine players reach double-digits in steals, while the team led the Florida State League in stolen bases for most of the season. Catcher Ronaldo Hernandez helped limit the running game on the other side, holding the competition to just 84 steals while throwing out 39-percent of potential base stealers.

Gomez placed second in the circuit in extra-base hits (44), while fellow outfielder Garrett Whitley finished tied for fifth (42). Whitley was one of just three position players to remain active on the roster all year, finishing in a tie with Tim Beckham for second in franchise single-season history in walks (62).

Hernandez hit .263 over 103 games, proving to be a stabilizing presence behind the plate. Haley provided grit and veteran leadership, batting .280 with eight home runs and 47 RBI in 85 games.

The offensive effort in the first half of 2019 was spearheaded by middle infielders Vidal Brujan and Taylor Walls . Brujan was one of five players in the league to steal at least 24 bases, doing so in only 44 games. Walls hit to a .756 OPS over 41 contests, playing outstanding defense before being promoted to Double-A.

In the middle of the season, outfielder Thomas Milone was sent down from Montgomery and never sulked. The Connecticut native instead provided a massive lift, batting .309 with 10 triples in 55 games while displaying spectacular defense in the outfield.

However, no one garnered more attention on the 2019 team than second half shortstop Wander Franco . Universally considered the top prospect in the sport, Franco hit .339 with more walks (26) than strikeouts (15) over 52 games. He dazzled fans with his natural flair for the game, electrifying defense and exuberant personality.

"We've been blessed with some really talented players," Smith said. "We'll get to see a lot of these guys play at the Trop in the near future and that will be fun to see."

With five games remaining in the regular season, a powerful hurricane crept towards the east coast of Florida. The league office decided to cancel the remainder of the season five days prior to the start of the playoffs, abruptly ending the most successful season in Charlotte history.

"It's weird, honestly," Whitley said. "We were really focused on winning a championship. Now that we're not going to be playing, it kinds of feels empty. I still feel like we're the champions, though. We had the best record in the league, and I think we should be recognized as such."

"It's definitely a bizarre end to the season," said Rutherford. "We all felt very, very good about our chances going into the playoffs. It's such a great group of guys all around. On the field, off the field - everybody just meshed well together all year. It's bittersweet, but at the same time I guess they had to look out for everybody's safety.

Despite not getting an opportunity to earn a ring, the 2019 Stone Crabs did earn the team's fifth division title in 11 years. In the process, several players enjoyed breakout campaigns that could eventually propel them to prosperous Major League careers.