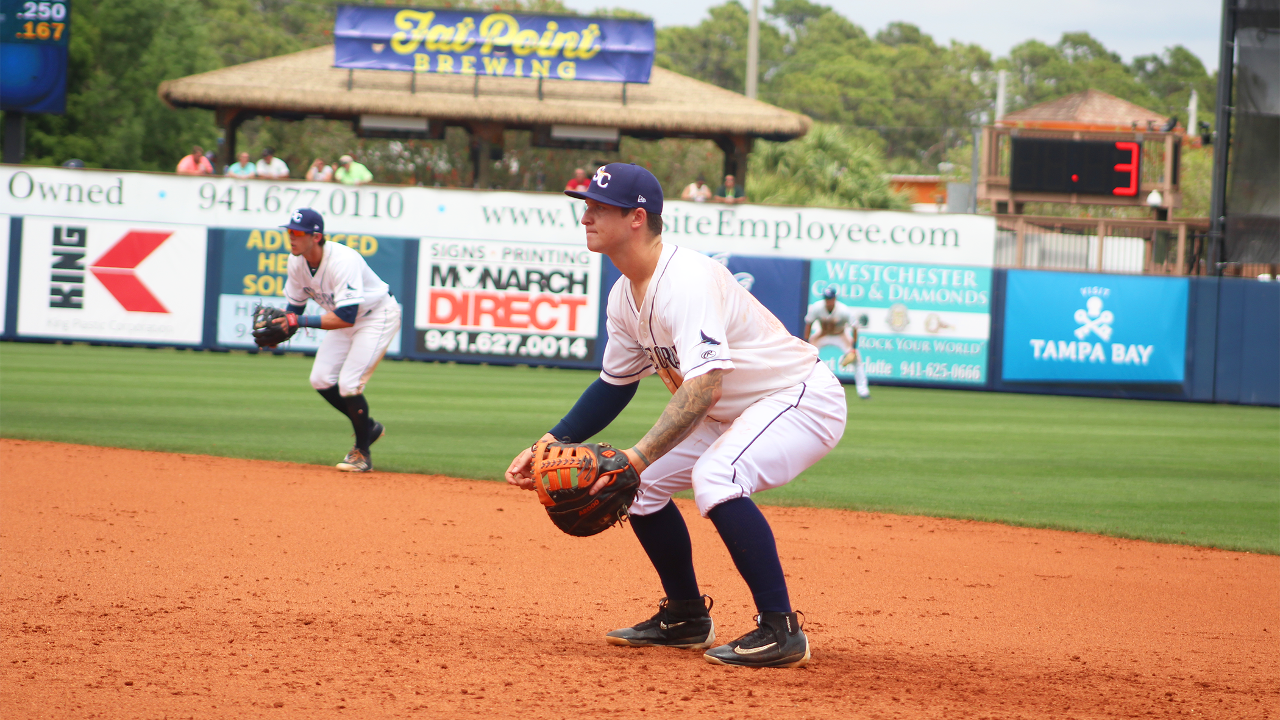 Robbie Tenerowicz went 3-for-4 for the Stone Crabs Friday.

LAKELAND, Fla. (April 13, 2018) - Tristan Gray drove in three runs with his ninth-inning double, but it was too little, too late for the Charlotte Stone Crabs, who lost 6-3 to the Lakeland Flying Tigers Friday night at Joker Marchant Stadium.

Flying Tigers (4-5) starter Anthony Castro shut down the Stone Crabs (2-7) over seven scoreless innings, striking out six without walking anyone.

Both starters did not allow a run through the first three innings before Charlotte starter Mikey York (1-1) ran into trouble in the fourth. After walking Danny Pinero, York surrendered a pair of infield singles to load the bases with two outs. York then walked Anthony Pereira, forcing home a run and giving Lakeland a 1-0 lead.

In the bottom of the fifth, Flying Tigers outfielder Jose Azocar doubled before Cam Gibson drove him in with a single to center to make it 2-0. Gibson then stole second and advanced to third on a throwing error. With two outs, Daz Cameron rolled a ball to shortstop that was misplayed by Lucius Fox , allowing Gibson to come home on the error and make it 3-0. Isaac Paredes followed with a triple to the left field corner to plate Cameron and extend the Lakeland lead to 4-0. The next batter was Blaise Salter, who dropped a single into left to cap the rally and make it 5-0.

York was charged with five runs (two earned) on seven hits over 4.2 innings. He struck out one and walked two.

After the Flying Tigers added a run in the eighth on an Austin Athmann triple, the Stone Crabs put up a fight in the ninth. Robbie Tenerowicz punched a single to right before Nate Lowe lined a base hit to center. After Kevin Padlo loaded the bases on a catcher's interference, Gray roped a double down the left field line to score three and make the final count 6-3.

Tenerowicz finished the game 3-for-4 and has begun the season 11-for-29 (.379) with three extra-base hits and a team-high 9 RBI. Stone Crabs reliever Curtis Taylor worked 3.1 innings of one-run relief, fanning two while allowing just two hits.