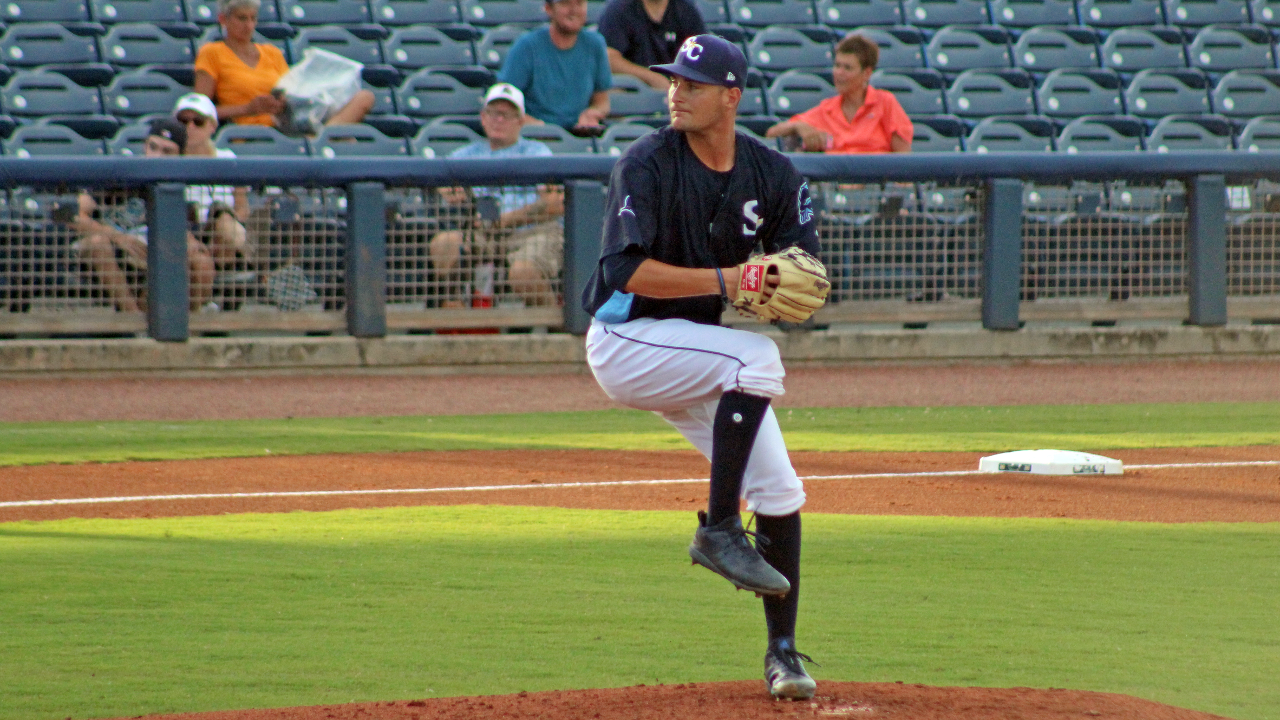 Woods Jr. (7-1) fanned six batters over 5.2 innings, allowing one unearned run on four hits in Game 1. McClanahan (4-0) allowed just two hits over six scoreless frames in Game 2, striking out six while lowering his ERA to 0.31 ERA through his first five outings in the Florida State League.

In both games, the Stone Crabs jumped in front for multiple runs in the first inning. In Game 1, Wander Franco pulled a double down the left field line with one out in the top of the first. The next batter was Ronaldo Hernandez , who singled to center to score Franco and give Charlotte a 1-0 lead. Two batters later, Moises Gomez drove an RBI double to the wall in right to make it 2-0. Kaleo Johnson followed with a double down the right field line to cap the rally at 3-0 Charlotte.

The Crabs tacked on a run in the sixth on a Jake Palomaki double before Jack Labosky worked a scoreless seventh inning to seal the 5-2 win.

In Game 2, Michael Smith walked before Jim Haley reached base on a fielder's choice to put two runners on. After the next two batters struck out, Gomez cranked a double to the wall in left center to plate both runners and make it 2-0 Charlotte.

With McClanahan cruising on the other side, the Stone Crabs plated singular runs in the fourth and seventh on a Palomaki single and a Gomez walk to extend the lead to 4-0.

Alex Valverde turned in a scoreless seventh inning to close out Charlotte's 12th shutout of the season.

The wins give the Stone Crabs a 3.0 game lead in the division over the St. Lucie Mets.