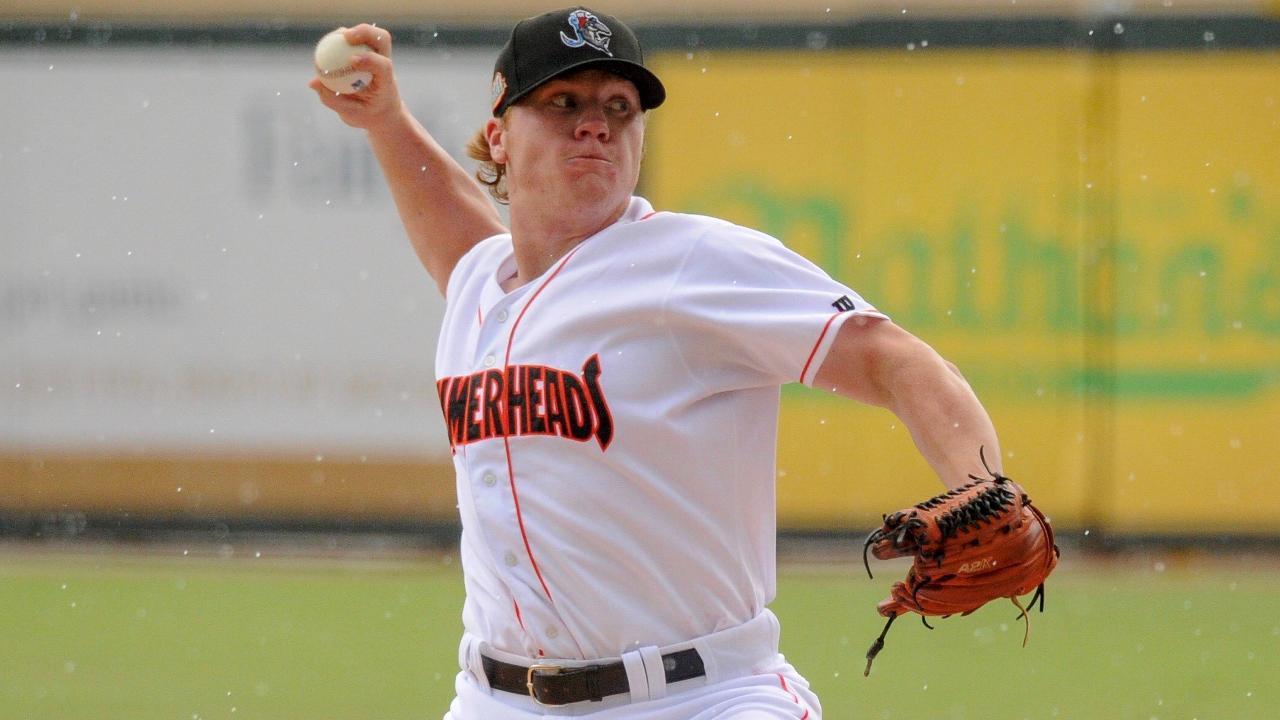 In Friday night's matchup between the Jupiter Hammerheads and the Fort Myers Miracle, steady Hammerhead pitching and a 9-hit offensive performance earned Jupiter a 4-2 victory.

Miami Marlin Jose Urena threw one inning as part of an MLB Rehab appearance, his first since Miami placed him on the IL. In his brief start, he allowed one hit and one run.

Taylor Braley came in as a second starter, throwing five scoreless innings. In the Mississippi native's first three innings Braley went three-up-three-down. Eventually, Fort Myers earned three hits off the right-hander, but Braley had one of his strongest outings of the season, striking out six on the way to the win.

The Hammerheads offense quickly fought back from the 1-0 deficit. In a powerful second inning, the Hammerheads recorded two runs and four hits, three of which were doubles.

Lazaro Alonso has been heating up over the past few weeks, batting .394 over the last ten games and .418 since July 30th. The first baseman stayed hot tonight, leading off with a double in the second to start the offensive drive.

Even with two outs after that, the bottom half of the Hammerheads order continued to make productive contact. Demetrius Sims batted in Alonso with a double of his own, the shortstop's tenth with Jupiter. Then, James Nelson hit a single to score Sims, making it 2-1, Jupiter.

Micah Brown capped off the inning with a double of his own. The second baseman finished the night 2-3 with the double and a run.

Jupiter tacked on one more run in the third. JJ Bleday hit a sharp grounder to left field to reach first. After two walks, Nick Fortes grounded into an RBI double-play to bat in the first-round pick. Bleday finished the night 2-4 with a run.

Casen Sherrod took over for Braley, throwing two innings without any hits or runs. The Aggie's outing gave him a hold.

While Sherrod was pitching, the Hammerheads put one more run up when Jerar Encarnacion hit a sac fly in the seventh to score Brown, making it 4-1.

Colton Hock finished the game out for the Hammerheads. The Miracle earned one run off Hock, but he ultimately earned the save with his one-hit outing and the Hammerheads came out with the 4-2 win.

The series against Fort Myers continues tomorrow at 6:30pm at Roger Dean Chevrolet Stadium. Gates open at 4:30pm for our Sneakers for Science event with Scripps Research, and after the game fans can enjoy post-game fireworks. For tickets, visit jupiterhammerheads.com/tickets.