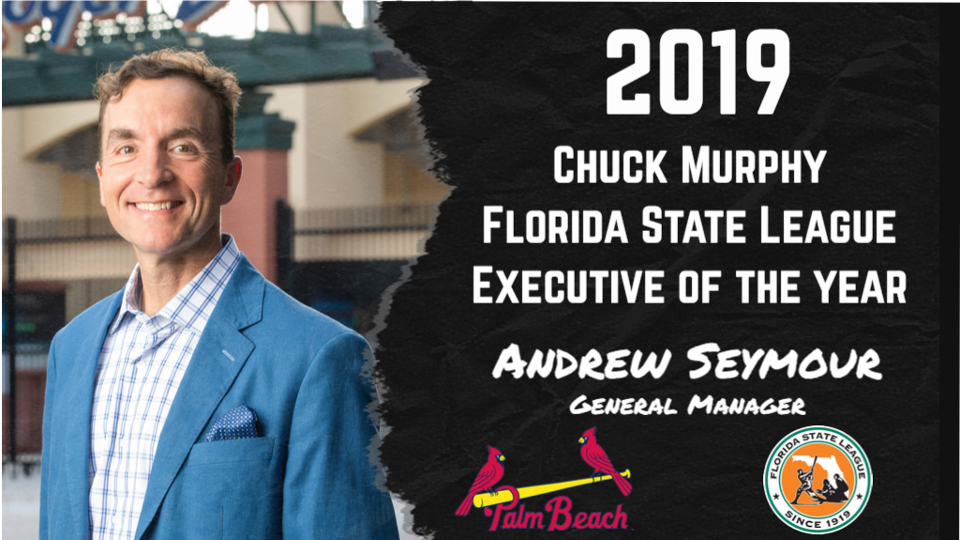 The Palm Beach Cardinals are thrilled to announce that General Manager Andrew Seymour has been named Chuck Murphy Executive of the Year for the 2019 Florida State League season.

The Cardinals held a plethora of first-year events dedicated to creating awareness for worthy causes this season. Among the now annual traditions at Roger Dean Chevrolet Stadium include LGBTQ Night, Deaf Awareness Night, and Breast Cancer Awareness Night. The team, in a joint effort with the Jupiter Hammerheads, hosted the 2019 Florida State League All-Star Games for the first time since 2000.

Seymour is also very active within the Florida State League family, serving as the chair of the Social Committee and Co-Chairing the league's Fall Promotional marketing committee. Additionally, he serves on the FSL Hall of Fame, Hotel, Marketing, and logo rebrand committees.