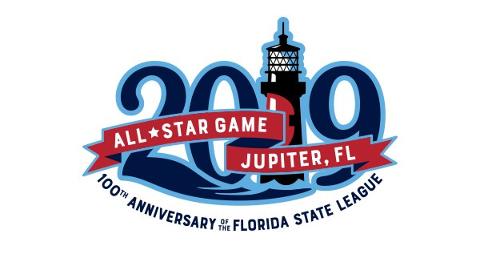 JUPITER, FLA - Roger Dean Chevrolet Stadium and its teams, the Palm Beach Cardinals and Jupiter Hammerheads, have officially announced that it will host the 2019 Florida State League All-Star game. It will be the 58th time that the rising stars from the Florida State League's North and South divisions face off against each other. The league will be celebrating its 100th anniversary throughout the 2019 season, and Roger Dean Chevrolet Stadium will be at the forefront of the celebration during the All-Star weekend.

The game will take place in Jupiter for the first time since 2000, with weekend festivities beginning on Friday, June 14th, 2019.

The Florida State League has undergone tremendous changes since the last time the all-star game was in Jupiter. Since the millennium, there have been multiple organizations that have joined the historic league with the Reds, Braves, Cardinals and the Pirates all bringing their Advanced-A affiliates to the Florida State League.

The annual spectacle puts all of tomorrow's MLB stars in the same stadium for one night. There have been many Major League All-Stars that participated in an all-star game during their stint in the Florida State League. Players such as Gary Sanchez , Noah Syndergaard, Marcell Ozuna and many others have all donned a Florida State League All-Star uniform at one point in their career.

Roger Dean Chevrolet Stadium General Manager Mike Bauer is thrilled about the opportunity to host the top talent from around the Florida State League during the 2019 season:

"We are excited to be hosting the 2019 Florida State League All-Star Game. We can't wait to showcase everything Jupiter and Palm Beach has to offer to the visiting 10 clubs and visitors that will be coming to the area for the festive weekend.

The All-Star Game is an opportunity to host players and coaches from the opposing teams and we are delighted to have them as our guests at our beautiful facility all weekend long."

More information regarding tickets, sponsorship opportunities, and how fans can get involved with the weekend festivities will be made public in the coming months.