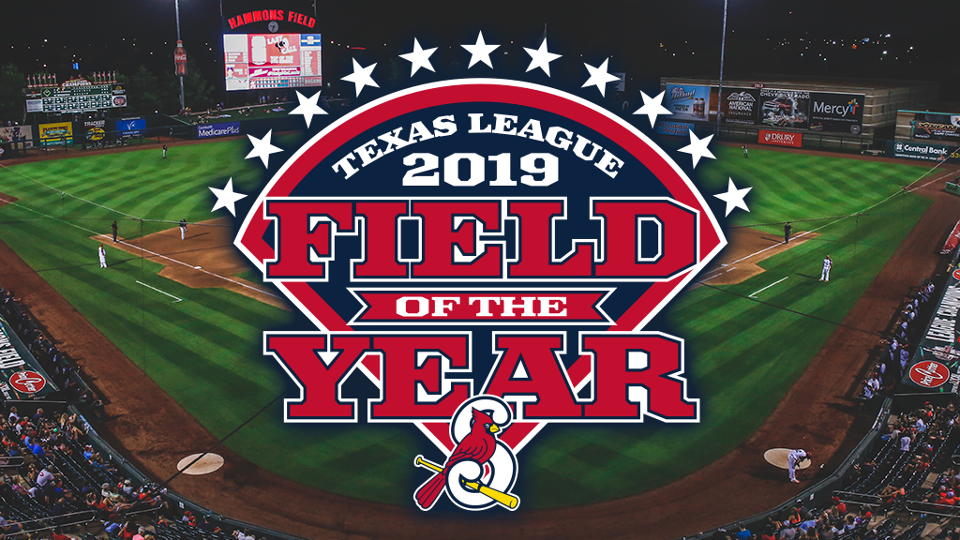 SPRINGFIELD, Mo. -- The Springfield Cardinals are proud to announce that Hammons Field has been named the 2019 Texas League Field of the Year.

This marks the ninth consecutive year and 11th time overall that Hammons Field has won the award. The Springfield Cardinals and Hammons Field are also record-setting six-time winners of the Sports Turf Managers Association Double-A Field of the Year Award (2008, 2013-16, 2018). The 2019 Double-A Field of the Year will be announced later in the offseason.

In 2019, Hammons Field will have not only hosted 70 Springfield Cardinals home games, but also the Missouri State Bears Baseball home schedule and multiple community events.

"This is a great honor, and it definitely speaks to the hard work of our field crew," Phipps said. "This is especially rewarding knowing the Texas League is full of exceptional playing surfaces. I would especially like to share this award with Derek Edwards for his continued dedication in keeping the playing surface in outstanding condition. I would also like to thank the front office for the continued support throughout the season."

"The playing surface at Hammons Field continues to be among the most elite in all of baseball," Springfield Cardinals Vice President & General Manager Dan Reiter said. "Brock Phipps, along with Derek Edwards and the grounds crew, take immense pride in all the work they do to make the field a favorite with the players, coaching staffs and umpires in the Texas League. We are proud that Brock and his staff continue to be recognized for their standard of excellence in providing a beautiful field for this community and for Cardinals fans to enjoy."