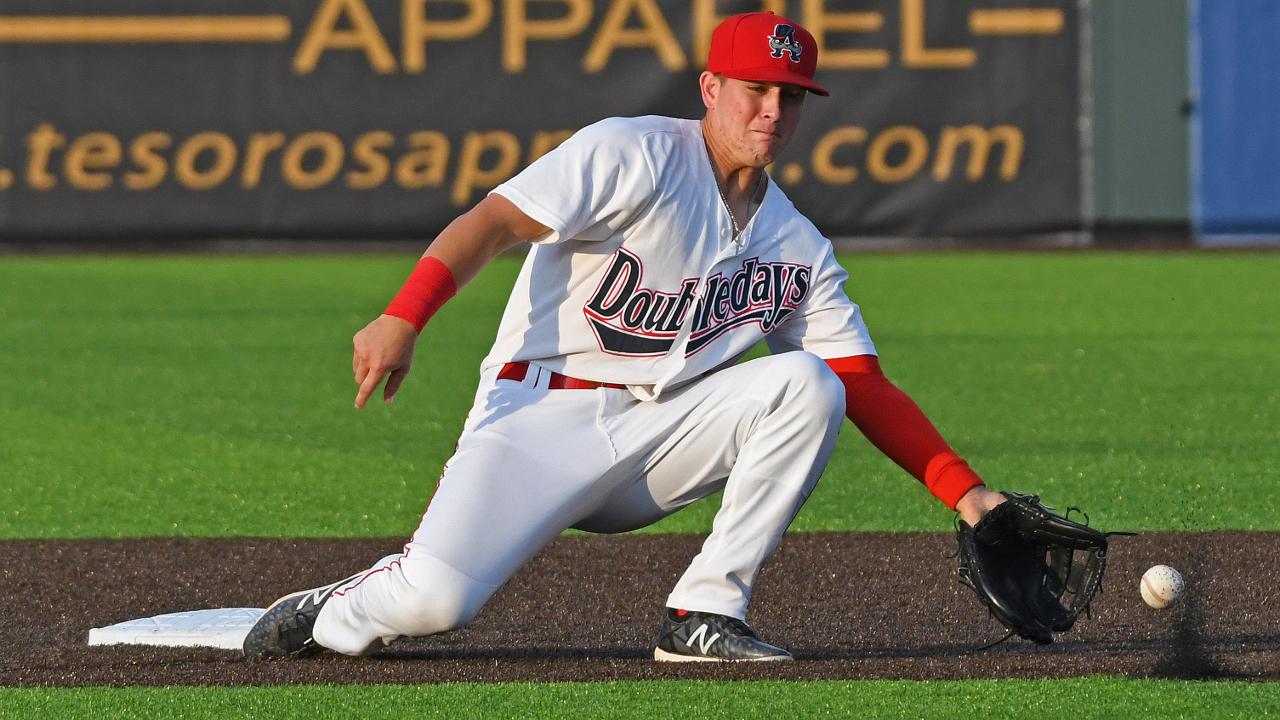 The Doubledays couldn't make it two in a row after taking the latter game of Wednesday night's doubleheader against the Crosscutters. A late-inning implosion on the mound led Auburn to fall, 7-1, (27-45) to Williamsport (31-41) on Thursday.

Piggybacking starters didn't go as expected for the Doubledays. Sterling Sharp - pitching in his second rehab outing with Auburn after injuring his oblique with the Harrisburg Senators - was solid enough, pitching four innings of one-run baseball to keep the Doubledays in the game. The Nationals' 13th overall prospect (MLB.com) surrendered only two hits on the evening, the first of which scored a runner on second base in the third inning.

Carlos Romero took the reigns in the fifth inning and, despite allowing an RBI single out the gate, breezed through his next two innings. Things became dicey in the eighth inning, however, as a throwing error by newly promoted Junior Martina and a single put two runners on with nobody out. A comebacker hit by Rudy Rott turned into a run as Romero tossed the ball into center field trying to start a double play, and a double by Nate Fassnacht gave the Crosscutters a 5-1 lead.

Arguably the Doubledays' most consistent starter, Romero now struggled to find the zone. Walking Mitchell Edwards and advancing both runners 90 feet on a wild pitch. Another RBI single and a sacrifice fly made it 7-1 in Williamsport's favor, prompting Rocket Wheeler to turn to his bullpen. Bobby Milacki took the mound and, despite some trouble himself getting in the zone, settled down enough to end the inning.

In the box, the Doubledays managed seven hits against the tandem of Victor Vargas and Tyler Burch but was only able to push across one run in the sixth. Landerson Pena beat out an infield hit to start the inning and advanced to second base on a single by rehabbing Cody Wilson. An errant pickoff attempt advanced both runners into scoring position, and a wild pitch brought Pena in to score. A subsequent walk put runners at first and third, but a pair of strikeouts ended the inning.

Burch rebounded strongly after his sloppy sixth inning and retired the next eight Doubledays before allowing a two-out double to J.T. Arruda. He got Wilmer Perez to fly out the very next pitch, however, to close out the game.

The Doubledays will be back in action Friday against the Crosscutters at 7:05 PM for the series finale.