Four Clippers selected to make the trip to El Paso 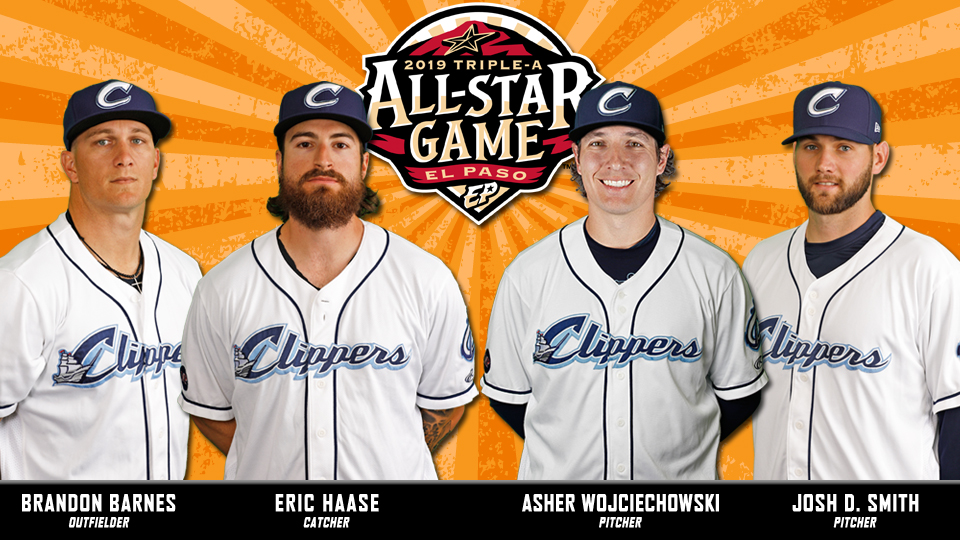 The International League today announced the members of its 2019 All-Star Team. The squad of thirty-three standouts will suit up against the Pacific Coast League's best at the 2019 RMHC Triple-A All-Star Game. The 32nd annual gathering of the classification's top stars will take place at Southwest University Park, home of the PCL's El Paso Chihuahuas in El Paso, Texas on Wednesday, July 10 at 9:00pm EDT.

The 2019 International League All-Star squad is made up of 13 elected players who have received the most votes from ballots submitted by each club's field manager and general manager (1/3), members of the media (1/3), and online fan voting (1/3). The elected players are joined by 20 additional All-Stars selected by the International League office. Each of the IL's fourteen clubs will be represented in El Paso. The members of the IL squad hail from six different countries including the U.S. (from nineteen different states), Colombia, Dominican Republic, Lithuania, Puerto Rico, and Venezuela.

The only other team with multiple elected All-Stars is the South Division leading Durham Bulls, who in addition to elected shortstop Jake Cronenworth and third baseman Kean Wong will also be represented by hurler Arturo Reyes. Wong was the IL's Top Star at the 2018 event. They will be joined in the infield by Louisville's Josh VanMeter, the elected second baseman.

Rounding out the slate of elected IL starters are catcher Deivy Grullon of Lehigh Valley, outfielders Travis Demeritte of Gwinnett and Victor Reyes of Toledo, starting pitcher Mitch Keller of Indianapolis and reliever Trevor Kelley of Pawtucket. Selected pitcher Lucas Sims of Louisille (2017) and catcher Tomas Telis of Rochester (2015) are both making their second career appearance in the Triple-A All-Star Game.

Despite back-to-back defeats, the IL maintains a 12-9 advantage in the two decades since the event changed to the current International League vs. Pacific Coast League format. The RMHC Triple-A All-Star will be broadcast live on MLB Network, MiLB.TV, and the Triple-A All-Star Game Radio Network. All-Star festivities in El Paso begin with the Jarritos Triple-A All-Star Home Run Derby on Monday, July 8. Fans who are interested in more information on the events, or would like to purchase tickets, are encouraged to visit the official website of the host El Paso Chihuahuas (epchihuahuas.com).