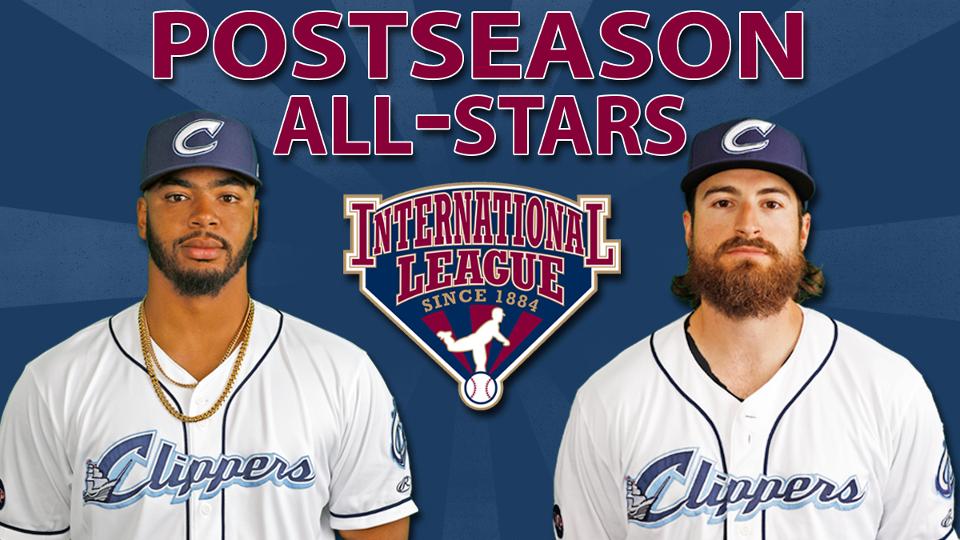 The International League today announced its Postseason All-Star Team and Award Winners as selected by the circuit's managers, coaches, media, and club representatives. Clippers Eric Haase and Bobby Bradley, along with former Clipper Brandon Barnes were selected to the All-Star Team.

Norfolk first baseman Ryan Mountcastle , who leads the League with 153 hits, is the 2019 IL Most Valuable Player. Indianapolis hurler Mitch Keller , currently in the Major Leagues with Pittsburgh, is the 2019 IL Most Valuable Pitcher. Another player already making noise in the big leagues is Cincinnati's Aristides Aquino , who hit 28 home runs for Louisville and is the IL Rookie of the Year. Rounding out the group of special award winners in 2019 is the IL Manager of the Year Damon Berryhill, who's Gwinnett Stripers own the League's best winning percentage.

Eric Haase, on the strength of 28 home runs, is the IL All-Star catcher. He made his second straight appearance for the IL in the Triple-A All-Star Game in July where he was honored as the League's Top Star. The 26-year-old has seen action in eleven games at the big league level for Cleveland since 2018. His .526 slugging percentage for the Clippers is among the top ten in the entire League this season. Haase is the first Columbus catcher on the IL Postseason All-Star Team since Jorge Posada (1995-96).

In a record-setting season for home runs in the International League, no one has hit more long balls than Columbus slugger Bobby Bradley's 31. The 23-year-old Bradley also hit his first home run in the Major Leagues earlier in the year for Cleveland during his first taste of action at the game's top level. Bradley's .561 slugging percentage is 3rd in the IL, helping the Clippers become the first team to clinch a playoff spot. Bradley is the club's first IL All-Star designated hitter since Jesus Aguilar in 2015.

33-year-old Brandon Barnes is also an IL Postseason All-Star for the second consecutive season. He leads the League for 2019 in RBI and is 2nd in home runs and total bases. After starting in his second straight Triple-A All-Star Game as a member of the Clippers, Barnes was traded from Cleveland to Minnesota in early August, hitting five home runs since joining Rochester.