Bobby Bradley Honored As May International League Player of the Month 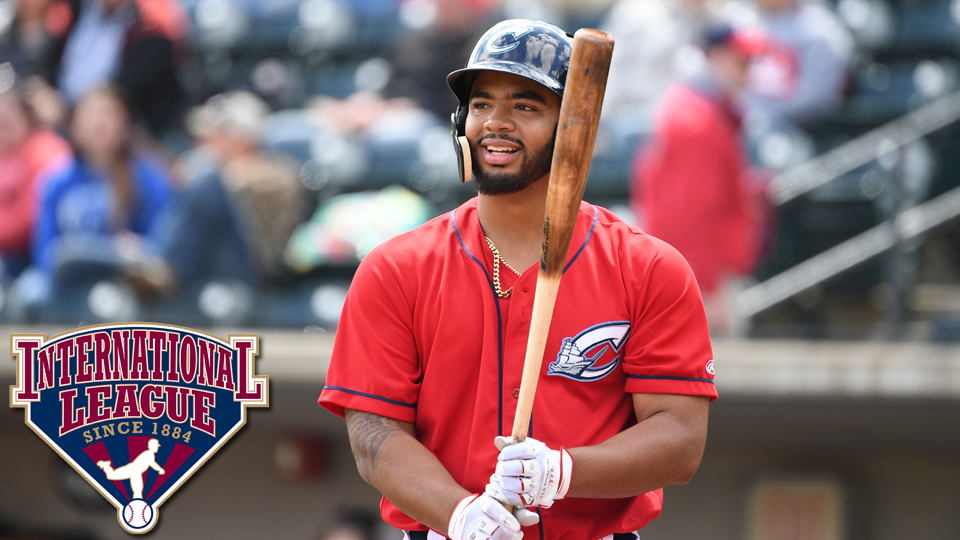 The International League announced today that Columbus first baseman Bobby Bradley has been named the League's Player of the Month for May. Along with winners from other leagues, Bradley will be presented with an award from Minor League Baseball and Uncle Ray's Potato Chips in recognition of his outstanding performance last month.

Bobby Bradley hit .302 during May and led the International League with twelve home runs and 28 RBI to help keep his Columbus Clippers near the top of the West Division standings. In addition, Bradley was 2nd in the circuit for the month in slugging (.740) and 3rd in total bases (71). Only once in 25 games in May did Bradley fail to reach base; he produced seven multi-hit games and a pair of multi-homer games along the way. He ended the month among the League leaders for the 2019 season in home runs, RBI, and total bases. In mid-May, Bradley caught the eye of MLB.com who named him to the MLB Pipeline Prospect Team of the Week. Prior to Bradley, the most recent member of the Clippers to be named Player of the Month in the International League was another power hitting first baseman who now stars for the Milwaukee Brewers, Jesus Aguilar (August 2014).

Bobby Bradley, who turned 23 on May 29, is in his sixth season playing professionally since being selected by the Indians in the 3rd round of the 2014 draft. His first action playing higher than the Double-A level came in 2018 as he hit .254 with three homers in 32 games for Columbus. He has yet to make his Major League debut. Bradley is a native of Gulfport, Mississippi.