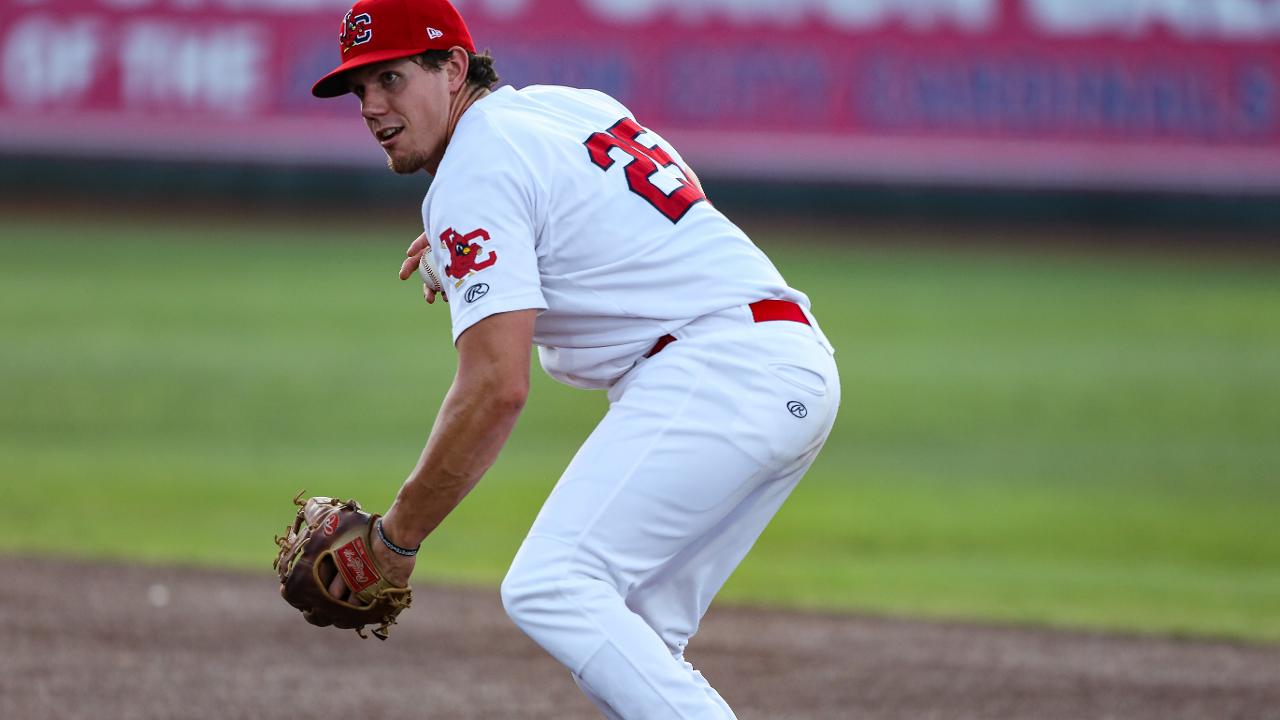 JOHNSON CITY - The Johnson City Cardinals won the opener to their six-game homestand 7-6 vs. the Bristol Pirates Wednesday in front of 1,949 at TVA Credit Union Ballpark. The Cardinal bullpen pieced together 5.1 scoreless innings of work to power the win.

Wilfredo Pereira (2-1) earned the win with three innings of two-hit, scoreless work in relief of starter Jose Moreno. Moreno allowed seven hits and six runs (six earned) as the starter. Will Guay and Enrique Perez each stranded a man in scoring position in the seventh and eighth before Tyler Peck induced a key double play and earned his first save in the ninth.

Mateo Gil picked up an RBI single, Todd Lott recorded an RBI double, and Chandler Redmond hit a three-run homer as the Cardinals scored five runs in the third to erase an early 3-0 deficit. The blast was the sixth of the year for Redmond.

After Bristol stole the lead back with three runs in the fourth, Lott tripled and scored in the fifth to draw the Cardinals level. A Jhon Torres double scored Liam Sabino in the sixth to give the Cards a lead they would not relinquish.

Cardinal pitching combined for seven strikeouts and stranded 11 Bucs on the bases. Carlos Soler aided the effort by reaching twice, including with a single to start the third-inning rally. He also recorded two outfield assists, catching Jesus Valdez at the plate following a single in the first and helping to start an 8-6 double play in the sixth in support of Pereira.

Start time was pushed back from 6:30 p.m. to 7:00 p.m. due to a rainstorm around scheduled start time. The rain returned halfway through the game, continuing steadily but causing no further delay.

Each team finished with 11 hits. Samson Abernathy (1-1) suffered the loss for the Bucs after allowing the go-ahead double in the sixth.

Thursday will be Strike Out Cancer Night at TVA Credit Union Ballpark. Join the Cardinals to help strike out cancer, and enjoy a special appearance by Jason Motte. It will also be Thirsty Thursday. Fans are invited to enjoy $1, $2, and $3 beer specials presented by Coors Light.