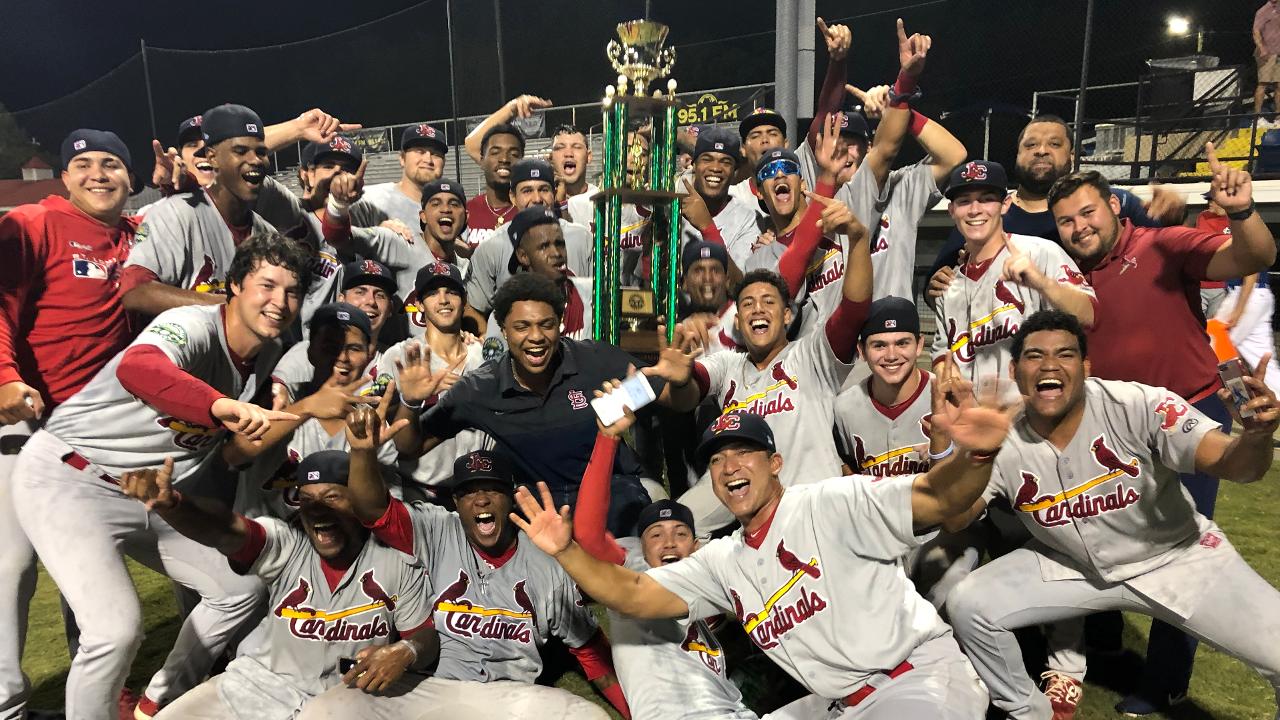 The Cards downed the Burlington Royals 8-6 in a dramatic, winner-take-all, rubber match showdown at Burlington Athletic Stadium Wednesday evening. The Appalachian League title is the 11th in franchise history. Jhon Torres, Malcom Nunez, and Carlos Soler picked up RBIs in the first to power an early 3-0 lead. The Royals took advantage of Cardinal errors to steal the lead away at 5-3 in the third. Jake Sommers got the start and took a no-decision, allowing five runs (one earned) in three innings.

Will Guay stabilized the situation out of the bullpen, earning the win after allowing just one run in 3.1 innings. Walker Robbins earned a hold after finishing the seventh. Dylan Pearce picked up the save with two frames of scoreless relief in the eighth and ninth. The Cards won despite committing a total of five errors.

Mateo Gil began the fifth with a double and scored on a fielder's choice by Nunez, who finished with three RBIs in the game, to cut the deficit to 5-4. William Jimenez, who entered midway through the game as a pinch hitter, authored a two-RBI double to highlight a four-run seventh that gave the Cardinals a lead they would not relinquish.

The Cards outhit the Royals 13-7. Donavin Buck suffered the loss on the mound for the Royals after allowing all four runs in the seventh. The comeback win was the 24th of 2019 for the Cardinals. The Appalachian League title is the fifth of the decade for the Cards, who also captured the championship in 2010, 2011, 2014 and 2016. The ten-year stretch is the most successful in franchise history.