CARDS LOOK TO EVEN DIVISIONAL SERIES SATURDAY VS. BRISTOL 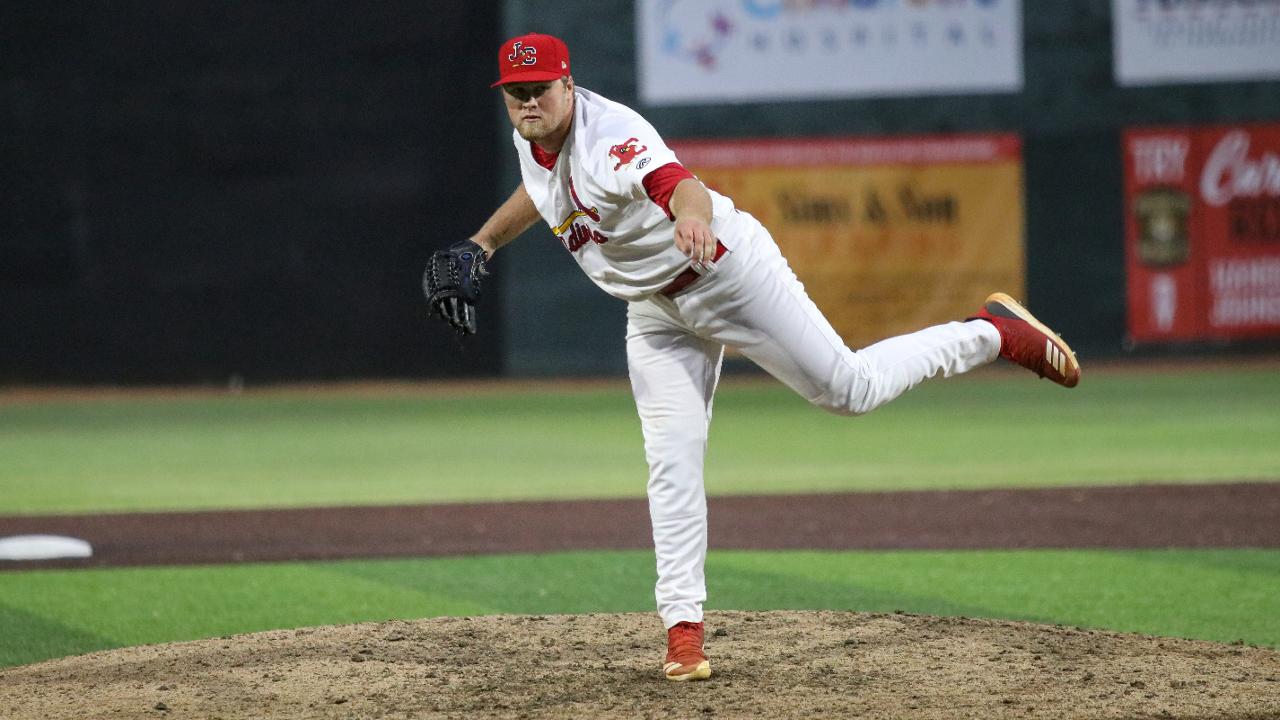 BRISTOL, Tenn. - The Johnson City Cardinals took a 3-2 lead into the eighth but could not hold on Friday at Boyce Cox Field. The Bristol Pirates scored three runs in the penultimate inning to steal a win by a final of 5-4. The Bucs now lead 1-0 in the three-game divisional playoff series.

Jake Sommers got the start for the Cardinals and matched his regular season-high with eight strikeouts in five frames of solid work. The Cardinals built him a 1-0 lead on an RBI single by Jhon Torres to score Kevin Vargas in the top of the third. Carlos Soler then notched a sacrifice fly to score Malcom Nunez in the fourth. The run by Nunez, who doubled to start the frame, broke a 1-1 tie. Sommers took a no-decision.

Tied 2-2 in the seventh, Mateo Gil tripled to open the inning and scored on a sac fly by Torres. The second RBI of the evening by Torres gave the Cards a 3-2 lead.

Tyler Peck recorded a scoreless sixth. He returned for the seventh before ultimately giving the ball to lefty reliever Walker Robbins. Robbins stranded two in scoring position in the seventh. He returned for the eighth, where the Pirates got to him for three hits. Robbins (0-1) suffered his first playoff loss. He exited with the score 4-3. John Witkowski then entered and appeared poised to keep it one-run game before the fourth and final error of the game by the Cardinal defense extended the Pirates lead to 5-3.

Gil doubled to open the ninth and eventually scored on the third Pirates error of the game. The Cards left two aboard though to end the contest. Johnson City stranded 11 and went 1-for-13 with men in scoring position in the loss.

C.J. Dandenau (1-0) earned the win for Bristol. He allowed one run on three hits in three innings of relief. Samson Abernathy earned his first postseason save by leaving two aboard to end the ninth.

The three-game divisional series now shifts to TVA Credit Union Ballpark. The top-seeded Cardinals will look to keep the season alive with RHP Francisco Justo (3-2, 3.83 ERA) on the mound. He will be opposed by RHP Dante Mendoza (0-2, 5.82 ERA) for the Bucs. Start time is slated for 6:30 p.m. Tickets are available by clicking here. Fans can listen in on all the action on the Johnson City Cardinals Radio Network powered by TuneIn as well as the MiLB First Pitch app.