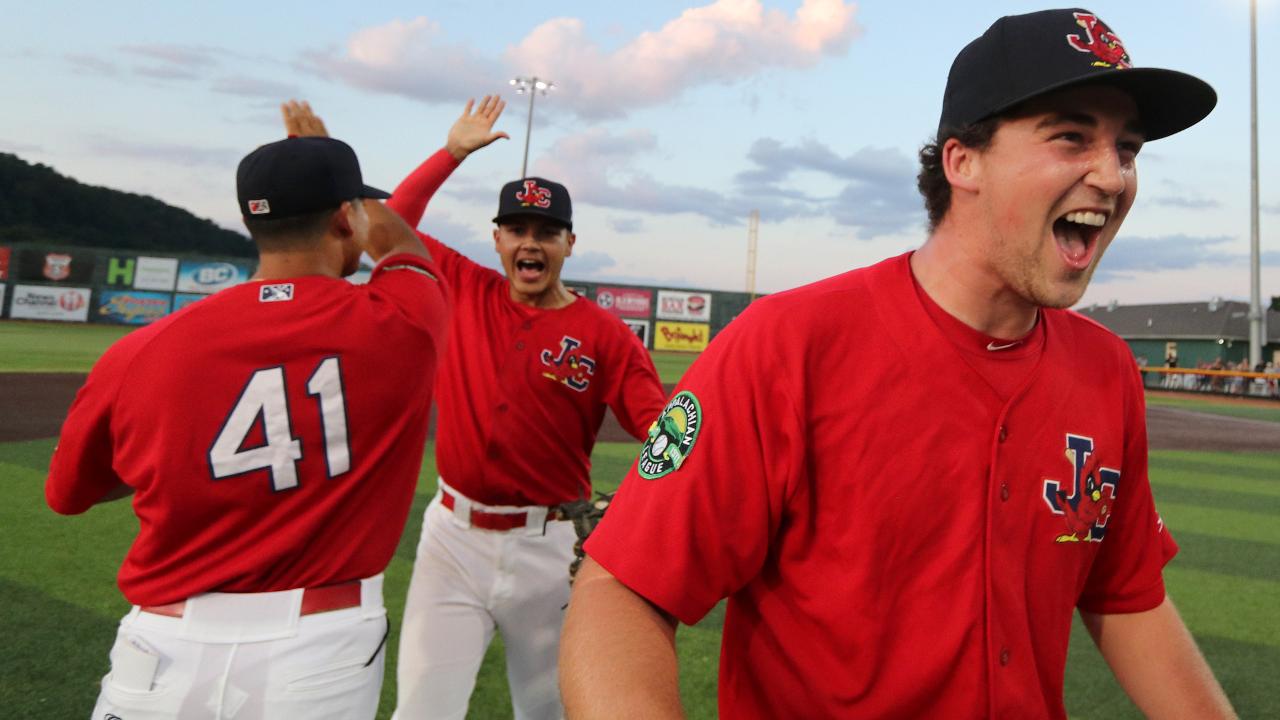 JOHNSON CITY - The Johnson City Cardinals punched a ticket to the Appalachian League championship series with a a 7-5 win over the Bristol Pirates Sunday at TVA Credit Union Ballpark. The rubber match win clinched the divisional series.

The Cards will meet either Burlington or Pulaski in the championship series. Due to inclement weather concerns, the series will now begin Monday at 6:30 p.m. ET at TVA Credit Union Ballpark. Game 2 in the set will now be Tuesday and Game 3 will now be Wednesday at the home park of the Appalachian East champion. The championship series was originally slated to run Tuesday through Thursday.

The Cardinals hopped out to a 3-0 lead in the fourth on a two-RBI single by Chandler Redmond and a sacrifice fly from Trejyn Fletcher. After the Pirates took a 4-3 lead with a four-run fifth, the Cardinals reclaimed the advantage on a dramatic two-run homer by Redmond, who finished with four RBIs, in the sixth. The blast was his second of the postseason and 14th overall this year.

The Pirates rallied to tie the game again in the top of the seventh on a pair of Cardinal errors. The tie did not last long though as Malcom Nunez doubled home Mateo Gil and Jhon Torres to put Johnson City ahead for good later in the inning.

Jose Moreno got the start for the Cards and exited in the fifth with the score 3-0. He gave the ball to Hector Soto with two aboard in the middle inning. Soto allowed four runs with two outs. Dylan Pearce took over in the sixth and stabilized the situation, limiting the Bristol Bucs to just one unearned run in three innings of work. He left second and third in the eighth.

The Bucs threatened in the ninth, boarding a pair on a walk and a hit-by-pitch vs. Walker Robbins. Tyler Peck entered with one out and earned his first postseason save by inducing a 5-3 double play started by Nunez. Yordi Rosario (0-1) suffered the loss for the Pirates after allowing both the Redmond homer and the go-ahead double by Nunez.

Johnson City (2-1) will meet either Burlington or Pulaski for the championship beginning Monday. The Cards are expected to start RHP Julio Puello (5-4, 5.40 ERA). Tickets are available by clicking here. Fans can listen in on all the action on the Johnson City Cardinals Radio Network powered by TuneIn as well as the MiLB First Pitch app.