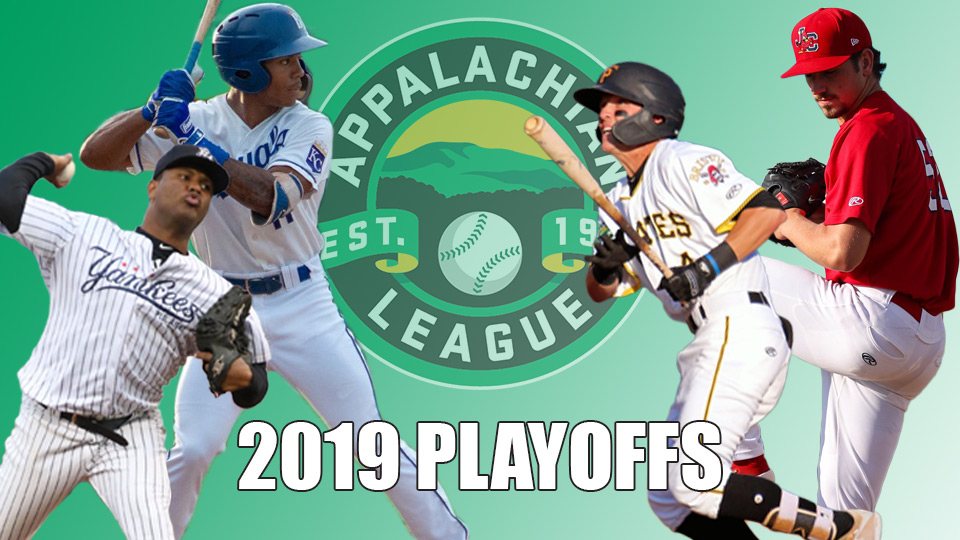 CHAPEL HILL, N.C. - The 2019 Appalachian League playoff matchups are set after the West Division was decided Wednesday on the final day of the regular season.

The first round of the postseason for the Rookie-Advanced league begins on Friday, August 30 after an off-day Thursday. The Cardinals will host a playoff game Saturday at TVA Credit Union Ballpark. Click here for more information on tickets.

In accordance with Appalachian League Playoff procedures, each series will be a best-of-three, with the winners meeting in the League Championship Series. The top seed in each division will have home-field advantage, hosting games two and three (if necessary), while the second seed will host the first contest.

East Division Semifinals
The Pulaski Yankees clinched the East Division Sunday and enter the postseason with the best record in the Appalachian League at 42-26. It is their first playoff appearance since 2017. The Burlington Royals (39-29) are the second seed in the East, returning to the playoffs for the first time since 2016.

West Division Semifinals
Both playoff spots in the West were decided Wednesday on the final day of the regular season. The Johnson City Cardinals (35-33) clinched the West with 9-7 win over Kingsport, while the Bristol Pirates (34-33) locked up second place by way of a 4-2 victory over Danville. It is the first trip to the postseason for the Cardinals since winning the League championship in 2016. It will be Bristol's first trip to the postseason as a Pirates' affiliate.

For more information about the 2019 Appalachian League playoffs and the league playoff procedures, visit appyleague.com. Fans can follow each game of the playoffs on the MiLB First Pitch app.