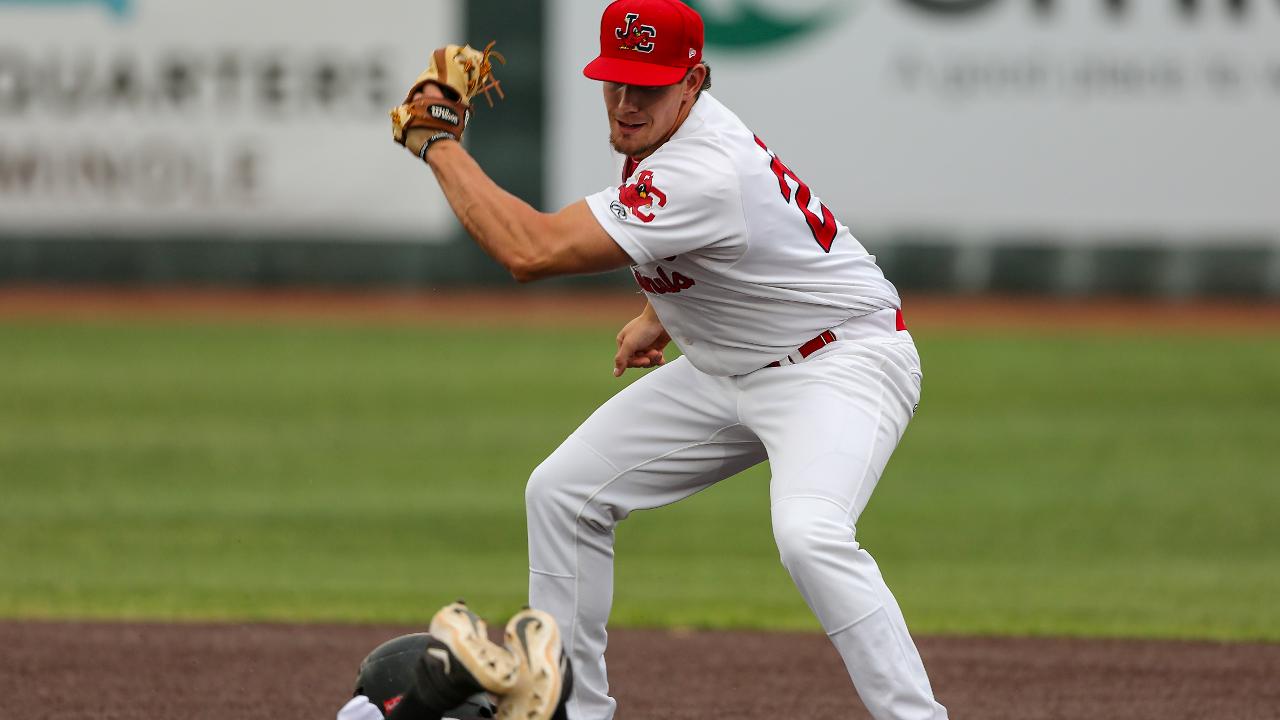 JOHNSON CITY - The Johnson City Cardinals got home runs from Jhon Torres and Chandler Redmond but dropped their series finale vs. the Bristol Pirates 7-4 Friday evening in front of a crowd of 2,909 at TVA Credit Union Ballpark. The Cards will continue their six-game homestand with a fresh three-game series vs. Danville beginning Saturday at 6:30 p.m.

Torres and Redmond each went deep in the first to erase an early 2-0 Bristol lead. Torres led the frame off vs. Bristol starter Tahnaj Thomas with his fourth homer of the season. Redmond followed a few batters later with his seventh of the season and second of the series to even the score at 2-2.

The Cards briefly took the lead on a single to the right field wall by Victor Garcia in the fourth that scored Redmond. The Pirates evened the score at 3-3 in the fifth vs. Francisco Justo, who allowed six hits and three runs (three earned) while pitching into the sixth. He was struck by a line drive in that inning. He remained on his feet through the ordeal of being struck but ultimately exited the game.

Tied 3-3 going to the ninth, the Pirates tagged relief man Tyler Peck (1-2) for four runs on five hits and a Cardinal error. The Cards got one back in the bottom of the ninth on an RBI double by Zach Jackson to plate Redmond. Johnson City left two aboard to end the game.

Matt Eardensohn (1-0) earned his first Appalachian League win with three innings of one-run relief for the Pirates. The Bristol starter Thomas was ejected in the fourth after hitting Redmond with a fastball. Kyle Skeels finished with two hits, as did Jackson.

Johnson City (15-14) and Danville (12-18) will meet for their second and final series of the regular season starting Saturday at 6:30 p.m. It will be Margaritaville Night at TVA Credit Union Ballpark featuring a Jimmy Buffett cover band as well as $2 cheeseburgers and $2 16-ounce Coronas.