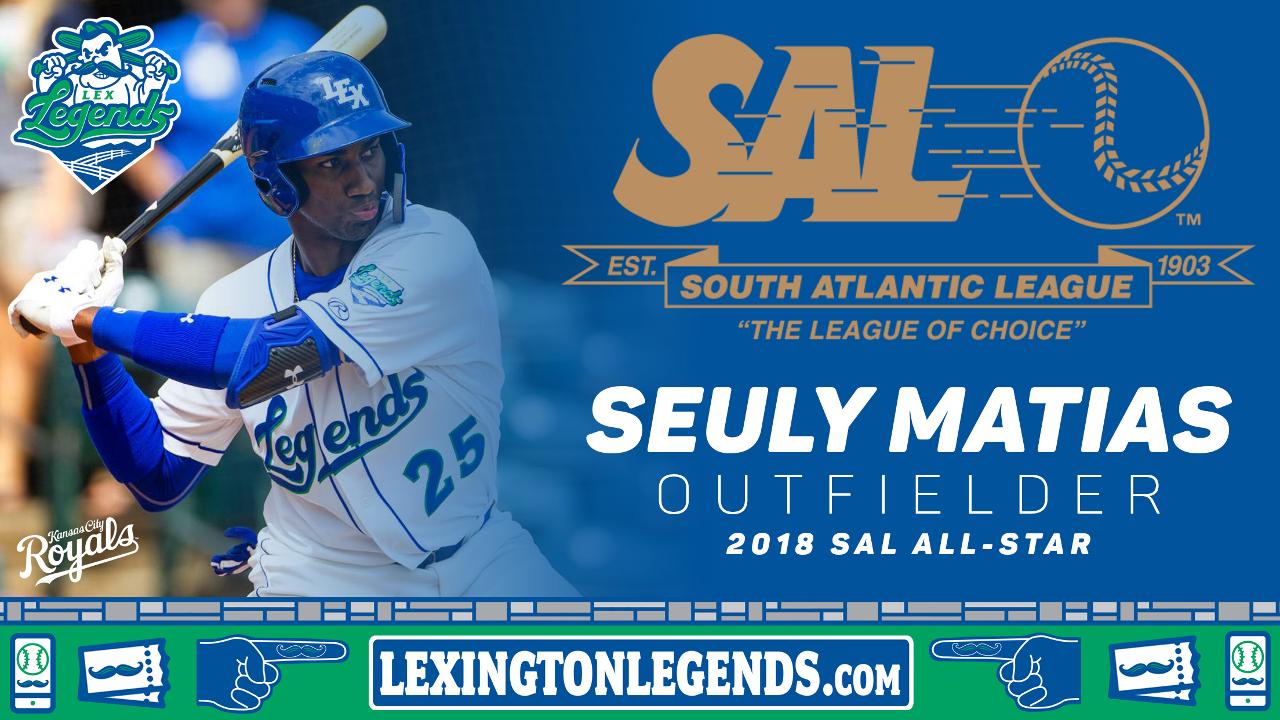 "Matias has been a one-of-a-kind player from the moment that he first arrived in Lexington. He adds to a great list of prolific power hitters who have worn Legends uniforms such as Hunter Pence, J.D. Martinez, Brian Pellegrini and more. He has been so fun to watch this season and we are honored that he is our representative on the 2018 All-Star Team," said Legends President/CEO Andy Shea.

Matias finishes the season with a .231 batting average and 31 home runs. He set a new franchise record in home runs in a single season. The previous record was held by Brian Pellegrini set in 2008. Matias doubled 13 times and had one triple as well while driving in 63 runs. He had 19 multi-hit games including 17 with two hits and two with three-hits.

The Legends are currently in the playoff hunt are in first place in the Southern Division, 2.0 games ahead of the Greenville Drive. Playoff tickets are now on sale! Prices range from $24 Box Seats to $66 Diamond Club seats for all three games which are slated for September 5, 11 and 12. All purchases are final. Any games not played or if the Legends are eliminated from the playoffs, accounts will be credited for 2019 tickets and ticket packages.

The original release is below: