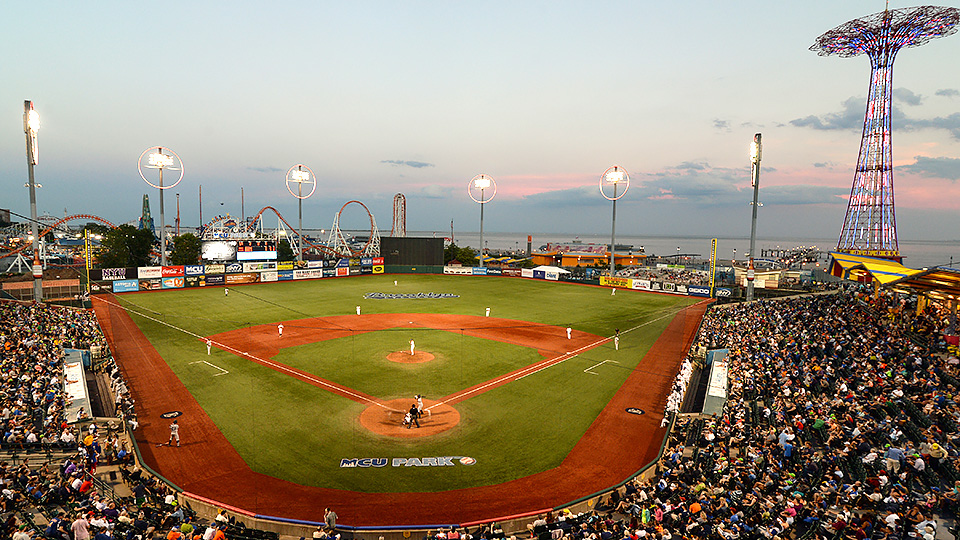 The award has been presented since 1966 and is named after Hall of Famer Leland Stanford "Larry" MacPhail, Sr., who introduced innovations such as night baseball, airplane travel, pension plans and batting helmets. The Cyclones will receive their award at the Baseball Winter Meetings Banquet on Sunday, Dec. 10, at the Walt Disney World Swan and Dolphin Resort in Orlando, Florida. The Cyclones are just the second New York-Penn League team to win the award, joining the Lowell Spinners (2000).

"On behalf of the entire Brooklyn Cyclones organization, we would like to thank Minor League Baseball for this prestigious honor," said Cyclones Vice President Steve Cohen. "Our industry is filled with some of the most innovative and creative minds in the world, so to be singled out from the field of so many worthy nominees is truly humbling."

The Cyclones' combination of unique giveaways, theme nights, community programs and television/social media commercials led them to become the first Short Season franchise in history to draw over 200,000 fans for 16 consecutive years and they have led the New York-Penn League in attendance for the last 17 seasons. The Cyclones claimed Minor League Baseball Promotion of the Year honors in 2014 and 2015, and were nominated for a Golden Bobblehead Award (MiLB's top promotional honor) in three separate categories in 2017. Since 2014, their 14 Golden Bobblehead Award nominations are more than any other team in Minor League Baseball.

"We are constantly challenging ourselves as a staff to make MCU Park even more fun and entertaining for our fans," said Cyclones General Manager Kevin Mahoney. "This honor shows all of us that our dedication and attention to detail truly pays off. We are very fortunate to have an incredibly talented front office staff that truly embodies the hard work, loyalty and passion that is synonymous with the people of Brooklyn."