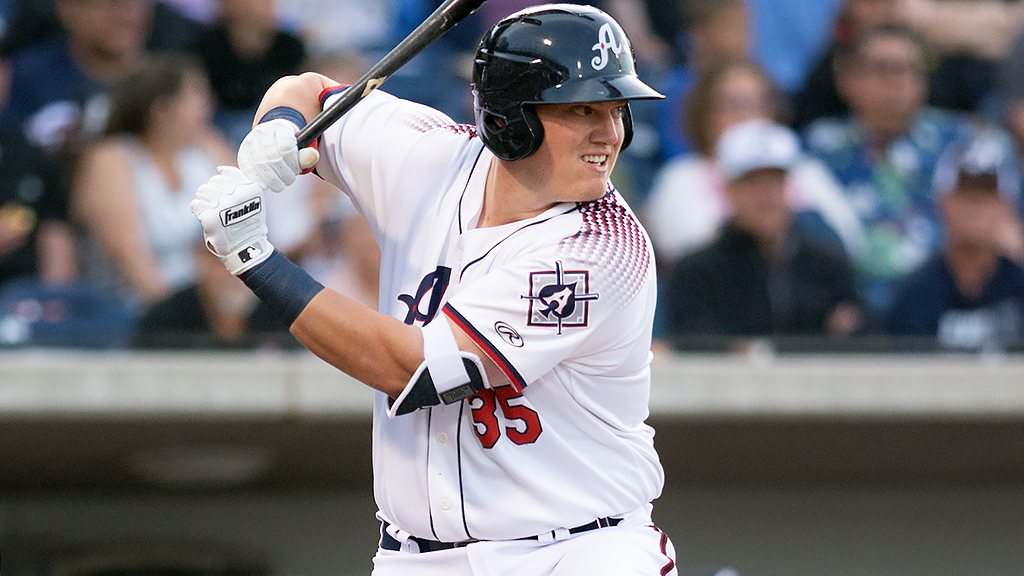 The award, first presented in 2002, is named for Joe Bauman, who set a then-professional record with 72 home runs in 1954 while playing for the Roswell Rockets of the Class-C Longhorn League.

"Winning the Joe Bauman Award is a pretty special honor," said Cron. "Winning this award is the result of having a consistent approach and following a process at the plate and trusting in that process all season long."

Cron topped his previous career high in home runs by 12 (27 in 2015 with Advanced Class-A Visalia) and has added five home runs in 32 games (62 at-bats) with Arizona this year. With Reno, and his father, Chris, as the Aces manager, Cron recorded six multi-homer games and two three-homer games (April 25 vs. Fresno and Aug. 13 at Oklahoma City).

"The whole year was like I was eight years old again, going to the ballpark with my dad, so it was like the icing on the cake having him there as I had this kind of a season," said Cron. "Not many people in professional baseball get a chance to play for their dad so that is something I'll always cherish."

Cron, 26, made his Major League debut for the Diamondbacks on May 24, 2019, and hit his first Major League home run June 7 at Toronto off Marcus Stroman. His brother, C.J., is a first baseman for the Minnesota Twins. He was selected by the Diamondbacks in the 14th round of the 2014 First-Year Player Draft out of Texas Christian University.